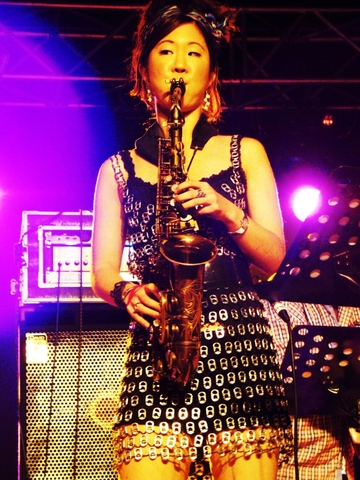 Classic film fans will be jolted to learn that Grace Kelly has returned. This time ’round she’s as beguiling as ever, having taken the form of a 23-year old saxophone player.

We watched the new Grace Kelly wail, pitching her horn skyward at an extreme high angle, at Saturday night’s “Give the Band a Hand” gala fundraiser of the California Jazz Foundation.

Among this impressive young woman’s many cool gigs is as a member of the house band of “The Late Show with Stephen Colbert.”

Saturday’s swellegant party honored bass player John Clayton, also the composer/big-band leader/music educator whose annual forays to the Vail Jazz Festival teaching young musicians had a big impact on Kelly’s formation. In brief words, she appreciated Clayton as one of her powerful mentors. 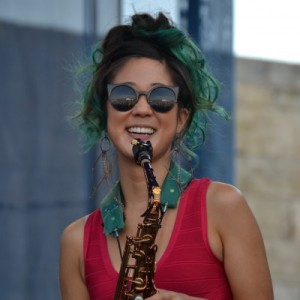 Capping the evening was a surging set of razor-edged big-band jazz from the Clayton Hamilton Jazz Orchestra. The 20-member ensemble ripped into its densely arranged repertoire, several numbers either written or influenced by bassist Ray Brown, who was also honored at the gala. The band’s namesake and its formidable drummer, Jeff Hamilton introduced numbers, which were conducted with physical gusto and extreme musicality by the passionate Clayton.