Thank you, New York! It ended with THE I DON’T CARE GIRL 4 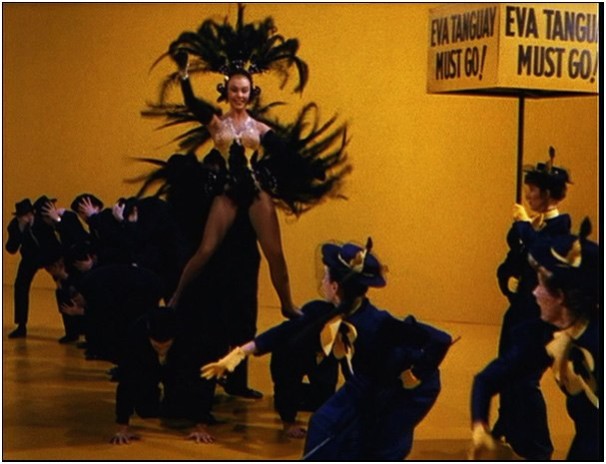 A force stronger than Jack Cole — Mother Nature — caused the rescheduling of snow-cancelled programs, giving a new finale to “All That Jack (Cole)” at The Museum of Modern Art. The closing picture was THE I DON’T CARE GIRL, a “B” movie musical whose titular dance number, as I wrote on MoMA’s “Inside/Out” blog, changed my life.

I returned to Los Angeles much invigorated by “All That Jack (Cole).” My heartfelt thanks to MoMA for taking on a comprehensive roster of 18 Cole-choreographed movies. In their scope and range, the films unambiguously establish Cole not just as a great dance maker but as a seminal, and influential, film artist. Thanks to all the great colleagues in MoMA’s film department — from curator Dave Kehr to all of the Museum’s top professionals, in administration, public relations, right down to projectionists. It was an unforgettable joy to present to the superb New York audience who sent me home to Los Angeles with notes, business cards and phone numbers, all key connections and inspirations on a continuing artistic journey with Cole.

Pictured below, one particularly beautiful memory, a conversation with Carmen de Lavallade, February 2, 2016, accompanying a film-clip of Carmen dancing in a Haitian voodoo-ritual alongside Cole. The film, “Lydia Bailey” (1952). 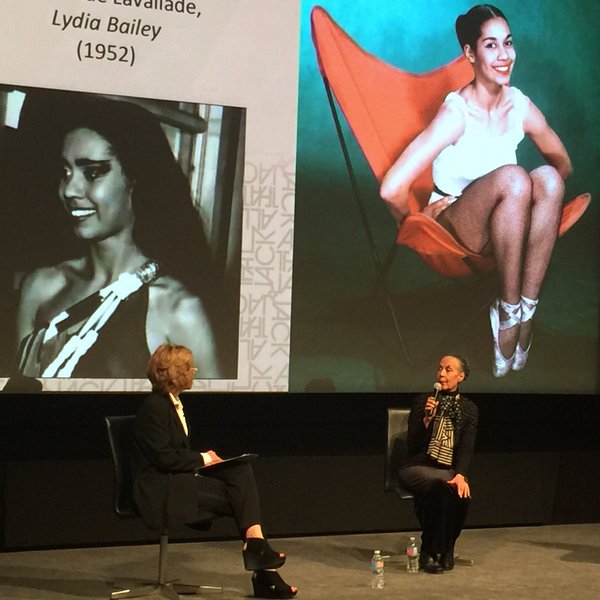 “All That Jack (Cole)” media coverage:

4 thoughts on “Thank you, New York! It ended with THE I DON’T CARE GIRL”