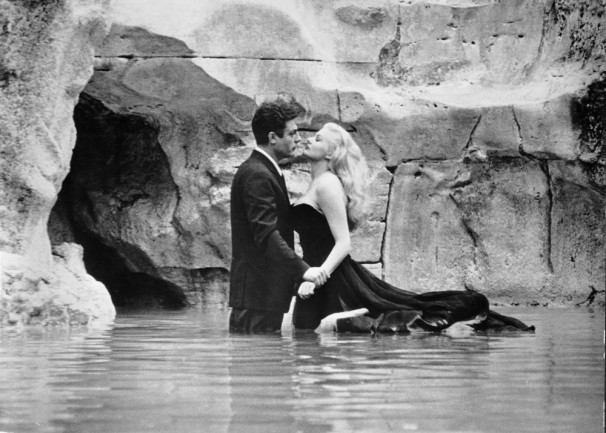 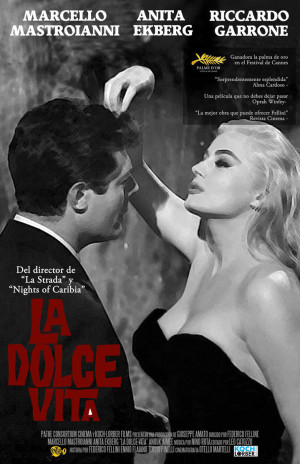 Fellini’s sardonic epic about the decadence of modern Rome was one of the most influential of foreign films, and its influence can still be seen today in films like the Oscar winner from 2013, The Great Beauty.

It is a world also evoked in Nine (a film based on the maestro’s 8 1/2)  whose director Rob Marshall recently participated in “All That Jack (Cole)” at The Museum of Modern Art in New York.

Cruise along the Via Veneto with Marcello Mastroianni, then take a dip in the Trevi Fountain with the voluptuous Anita Ekberg.

Fellini even added a new word to our vocabulary when he introduced the character of the celebrity-chasing photographer, Paparazzo.