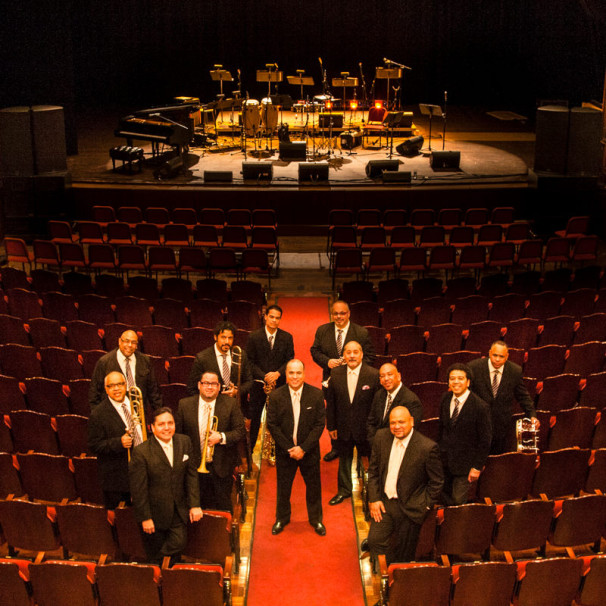 Oscar Hernandez came of age in the burgeoning New York Latin music scene of the 1970s and ‘80s, when the Fania label recorded many of the greats canonized today: Willie Colón, Bobby Valentín, Pete Rodriquez, Johnny Pacheco, Cheo Feliciano, Larry Harlow, Hector Lavóe, Ray Barretto, Luis ‘Perico’ Ortíz, and Papo Lucca among others. It was the explosion of Latin culture that brought salsa music and dancing into mainstream American culture. 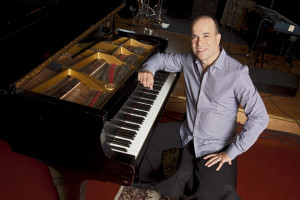 A South Bronx native, Hernandez, the keyboardist and leader of the Spanish Harlem Orchestra says. “I started playing professionally at 16 and at 18 I got a lucky break—playing in the band of Ismael Miranda.”

Miranda, the buoyant sonero known as “El Niño Bonito,” the pretty boy of salsa, was one of Fania’s great salseros. An immaculate dresser and an incisive tenor, Miranda improvised freely over cross-rhythms, while his pulsating band aggressively pushed him. Hernandez was part of the band that propelled dancers all over the city and recorded the classic “Asi Se Compone Un Son.” Hernandez points out: “We worked five to seven days a week, and I got an education that couldn’t be gotten from any university or music school.”

“That music was definitely a mixture of all the Latin cultures in New York,” Hernandez says. “It may have started with the Afro-Cuban mambo bands of the ‘40s and ‘50s like Machito and Tito Puente, but there was also the boogaloo period of the late ‘60s. What happened in the Fania period was just an explosion of the Cubano and the Puerto Ricaño and the Domenicano and the cumbias and the son all going at once. It was the most exciting place to be in the Latin world at the time and could only have happened in New York.”

Hernandez also played in the band of the great conguero, Ray Barretto. “Ray was not only an inventive bandleader,” he points out, “but he was also one of the most intelligent, knowledgeable and articulate musicologists I ever knew. He could talk with authority about all kinds of music. I played the Hollywood Palladium and the Greek Theatre with Ray and I even got to play with Machito.”

Star performers fronted the great New York salsa ensembles. The players who made the music, though often brilliant instrumentalists, were seldom acknowledged. When Hernandez formed the Spanish Harlem Orchestra around 2000, he made an ongoing home for some of those instrumentalists. The veterans who make up Spanish Harlem Orchestra have been serving up classic salsa ever since, Nueva York-style. “Our guys have played with Tito Puente, Celia Cruz, Pete Rodriguez and many others,” he proudly states. “We play dance music,” he offers, “but it’s a whole lot more.”

Hernandez found early inspiration as a pianist in the great fraternal keyboardists Charlie and Eddie Palmieri.  “Then I discovered the jazz pianists like Bud Powell, Art Tatum, Bill Evans and Red Garland,” he adds.

It’s always a thrill when Spanish Harlem Orchestra comes west, as they will this Saturday at the Valley Performing Arts Center. They’ll play a holiday-themed show, “Salsa Navidad,” with the help of dance company Ballet RED. “We’ll play some of our regular show, then five numbers with RED, then some songs connected to the Latino Christmas tradition. Every aspect of Latino culture comes out at Christmas time. And for the first time ever, I’m using a videographer, so there will be screen projections. He works with Gloria Estefan so I know it will be first-rate.”

“I want to say,” Hernandez volunteers, “that the Valley Performing Arts Center is one of the most beautiful venues I’ve ever seen. It holds 1,700 people and it’s alike a smaller version of the Disney; they got it right—with the layout and the sound and everything.”