A chat with The Broad Stage’s new director Wiley Hausam 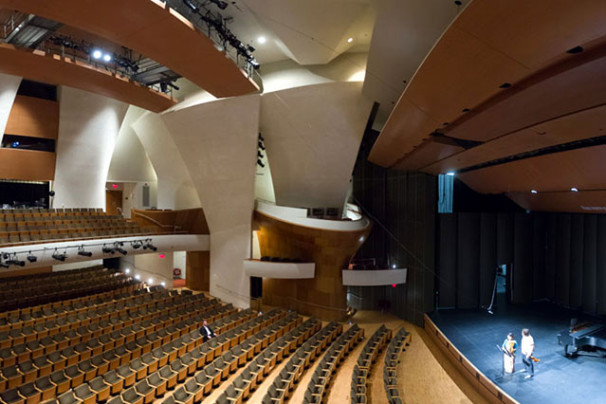 Prominent in the crowded field of Los Angeles performing-arts houses is The Broad Stage, where a lively smorgasbord of arts offerings forged a high-profile presence since its debut — in an enviable Santa Monica location — in 2008. Wiley Hausam, a newcomer to Los Angeles, will soon take up the mantle of artistic and executive directorship, succeeding the theater’s founding executive Dale Franzen. 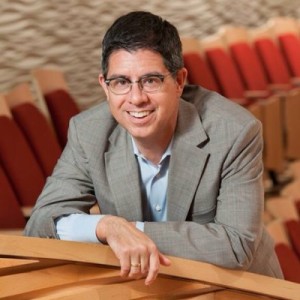 Hausam, 57, comes to the Broad from Stanford Live, a performing arts series affiliated with Stanford University. Prior to his relatively brief stint at Stanford, Hausam, 57, held similar positions at New York University’s Skirball Center and the Performing Arts Center at SUNY Purchase College.

In the 1990s, Hausam worked at New York’s Public Theater under George C. Wolfe as associate producer of four shows on Broadway (including the Tony-winning Bring in ‘da Noise, Bring in ‘da Funk). He also opened Joe’s Pub at the Public in 1998 with Audra McDonald’s inaugural concert.

Hausam’s appointment comes at a critical juncture at the Broad. It is simultaneously a time of expansion, with a $12.3-million new East Wing (primarily devoted to classrooms, rehearsal spaces and social halls) well under construction and targeted for 2016 completion. Accompanying that bricks-and-mortar bullishness is a budget deficit and an organization whose moorings got somewhat lost at Franzen’s abrupt departure a year ago.

Wiley, welcome to the arts madness of Los Angeles! Your early career featured lynchpin roles at the Public Theater and SUNY Purchase. What is your sense of the arts environment in California versus that of New York?

My biggest adjustment coming from New York has already happened—moving to the Bay Area. I’m still getting first impressions of L.A. Frankly, the Bay Area doesn’t care very much about New York. There’s a community of dancers and musicians who are very self-contained and do their own thing. I don’t know if this is true of L.A. or not. L.A. is obviously a global city, and it’s very vital—there’s so much going on. I am thinking of people like Yuval Sharon, with his group, The Industry, who are doing interesting and innovative work in music, theater and opera. There are three dance companies I like a lot, in no particular order, ate9 Dance Company, Contra Tiempo and BodyTraffic, I look forward to working with them in some way.

When we opened Joe’s Pub in 1998, Audra McDonald was the first person I booked. We produced an evening of new music and songs. I was Anna Deavere Smith’s first agent. I am a big and deep and longtime believer in Anna and her work. And we have worked together many times. Anna is doing a retrospective at Stanford in October that’s focused on the arts and social change and all the disturbing issues that are in the news these days.

What are the needs of an artist like Anna Deavere Smith? 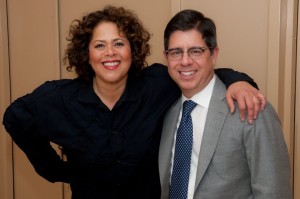 For an actor to go on stage all by herself for two hours and become twenty different people and talk about issues that are controversial and political in nature, it is a very dangerous thing to do. She needs an environment that is incredibly supportive and safe. And also to have written that text and to not be able to have the objectivity that you need as a performer (you are everything in that show), she needs not only a protective and positive environment, but also a collaborator in the sense of having a critical eye.

That’s the fine line you walk as an arts presenter, isn’t it?

That’s what’s so fun about it. One of the things I am excited about at the Broad Stage is doing more theater … and more dance. I love them both. What excites me the most is adventurous work. I’m going on faith that since L.A. is a diverse, global city, we can do all kinds of work and push the envelope. If Peter Sellars could make a huge global festival there, anything can happen.

Yes, there is the possibility of producing new theater from scratch, which means there will be a real creative process I’ll be involved in. I’ve missed that. And experimental stuff as well. I really love the full range of performing arts and live performance. I hope we can find a way to do that and still have a season that will hang together with a unifying idea.

You do have certain limitations. You have a 499-seat main stage, and the black box space, the Edye, with 99 seats.

I love the size of the theater, and the fact that it’s a proscenium theater. One way of looking at it would be, ‘We need 1,200 seats to drive ticket revenues and make it more financially viable.’ If you are doing more interesting work, the audience may not be that large, so 500 seats is a really good size.

Some dislike the auditorium’s acoustics.

I am not as familiar with the acoustics of the Broad Stage as I soon will be, but I understand it’s fairly lively with acoustics. I have been at [Stanford‘s] Bing Concert Hall for two and a half years and it is incredibly acoustically sensitive, so I know what life is like in a hall like that. Bing Concert Hall is in the round; there are 842 seats 300 of them to the sides and rear. Different people like different experiences, if you are watching an orchestra, it can be quite fun to sit in the rear and watch the conductor’s face. But in terms of the business model, there’s not that much difference between 800 and 500 seats.

You’re coming from Palo Alto, so you’ve done deep thinking about the impact of technology on the arts. What is the viability of live performing arts given the grip technology has on us?

There are very few places in society where people can convene and be together and have a unified experience. There is church; there are sports; but there are very few intimate settings [like the theater]. So it is irreplaceable. And it’s incredibly important. We are in a moment in which we realize we are saturated by technology and we need to consciously pull back and do something to remain connected as human beings. As the media and devices separate us more and more, I think it is more important than ever.

Yet at the same time, there is this thing that has happened in terms of how we relate to time. There is this expectation that everything should be instantly available, wherever we are. And that it shouldn’t cost anything. It’s the download-able society. That has become the challenge. And the fact that theater, dance, and music are live physical events that you have to journey to experience. Yes, you can watch them on a video screen, but it’s not the same. Somehow getting people to make a commitment at least a couple of days in advance, to go to a certain place at a certain time, for two hours, that is the hard thing. It’s not the money. It’s the time.

Where in the arts do you see survival issues as most dire?

Dance is facing the toughest challenges. Why is it that no other choreographer since Bill T. Jones and Mark Morris has been able to create a company that is self-sustaining, and can produce work on a scale deserving of a major artist? I wonder if the choreographer-driven company model works any more. Why should one choreographer have to shoulder the burden of supporting an entire company of dancers, create enough new work to interest an audience, manage a board of directors, and tour? That was okay when there was plenty of money, but the world has changed. Dance USA is going to have to tackle these issues. If they can’t solve it the younger generation of choreographers is going to have a horrible time getting through an entire career.

What are your first priorities on the job?

Early on, I want to talk to people in the community about what they need and what is missing, and to be able to state with clarity, ‘This is who we are, what we do, this is how we want to serve this community.’ And just get it all much clearer. It helps, in so many ways, to know that things are not arbitrary but are guided by a vision and values. We don’t need to be all things to all people. There are many, many other great cultural organizations around L.A.!