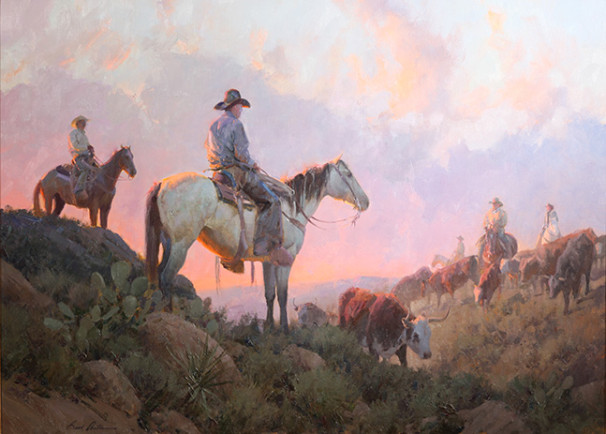 Inspired by the gift of 49 paintings and sculptures from the collection of Loretta and Victor Kaufman, a new exhibition at the Autry National Center of the American West’s highlights the Griffith Park museum’s growing fine-art holdings. The powerful grouping of pieces represents diverse peoples and perspectives in bronzes, paintings, lithographs, watercolors and sculptures, all thematically related by dynamic visions of the American West.

“Together, these works present a nuanced vision of the West as a place often caught between different ideas of ‘old’ and ‘new,’ of an imagined world that exists in the past and a contemporary place informed by multiple voices,” said Amy Scott, the Autry’s chief curator. 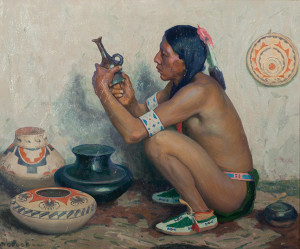 The show is beautifully hung in the Autry’s spacious galleries, the fun museum itself resonating with a feeling of the West. (And it has a very nice cafe/restaurant, to boot.)

Three overarching themes demarcate the show: “The Ultimate Icon,” refers to the image of the cowboy; “Ourselves and Others” references the Native American and the white man; and “People and Place,” hearkens the special space and place of the American Southwest.

arts·meme contributor Kirk Silsbee published a strong review of the show in the Glendale News Press. Read it here.