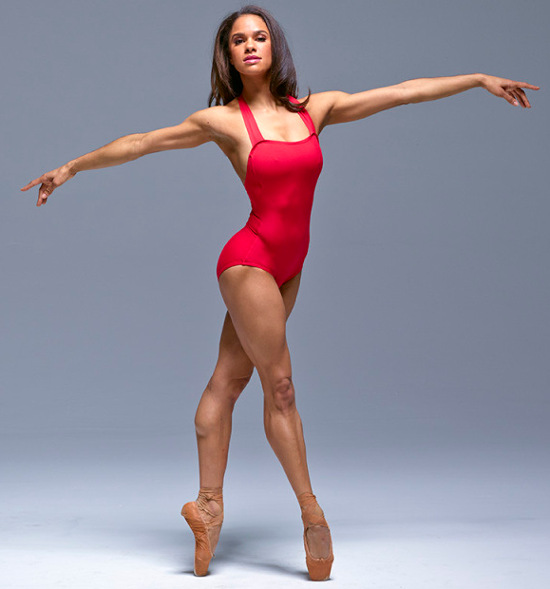 PausePlayPlayPrev|Next
As we approach the Fourth of July weekend, 2015, we salute the lady in red, white and blue.

It’s Misty Copeland, recently named as a principal dancer with American Ballet Theatre and one of only four American ballerinas to hold that prestigious title in our national ballet company. In addition to Misty, who was raised in San Pedro, south of Los Angeles, they include Isabella Bolyston (Sun Valley, Idaho), Gillian Murphy (born in the U.K., raised in Florence, South Carolina) and a newly appointed principal, Stella Abrera, who hails from South Pasadena, CA, which means a lot of California energy rising to the top of the ABT ranks — we find that extremely patriotic!