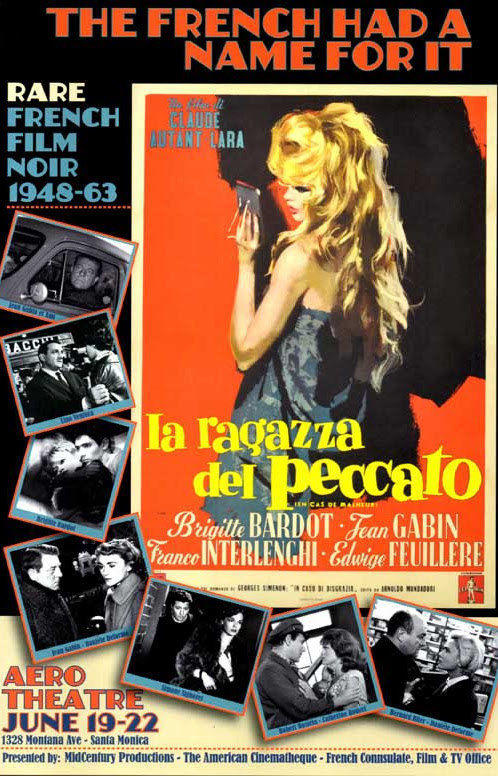 The French coined the term “film noir” (both for dark plot lines and shadow-soaked visuals). In a land that reveres cinema like no other, France has hidden in its oeuvre crime films and dark melodramas that capture the essence of noir. A series spooling at the Aero Theatre this weekend, “The French Had a Name for It” shares rarities that feature some of France’s greatest and best-known stars: Bardot, Gabin, Signoret, Ventura. 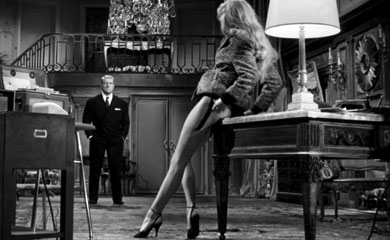 Bardot’s sex-kitten image literally goes on trial in Clouzot’s canny THE TRUTH and is revealed as a cautionary tale by Claude Autant-Lara in LOVE IS MY PROFESSION. Gabin, entering his late phase, plays opposite Bardot as both father and lover – the road to ruin.

In DÉDÉE D’ANVERS, Simone Signoret reveals what would transform her into one of France’s greatest stars. A round 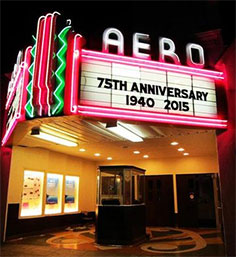 up of French noir’s usual suspects might not include many Italian actors, but Lino Ventura is superb playing tough guys under duress in CLASSE TOUS RISQUES and the bracingly nocturnal UN TEMOIN DANS LA VILLE.