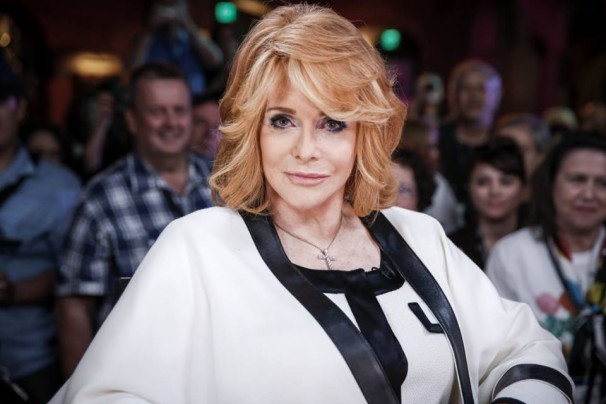 I interviewed Ann-Margret at an Academy screening of Bye Bye Birdie three years ago, so it was great to see her again at this year’s TCM Classic Film Festival, where she introduced a screening of The Cincinnati Kid. The film’s original director, Sam Peckinpah, cast her in the movie, though Peckinpah was replaced by Norman Jewison. This movie gave her one of her first opportunities to play the bad girl, the bored wife of Karl Malden who seduces Steve McQueen even though he is attached to her best friend (Tuesday Weld). 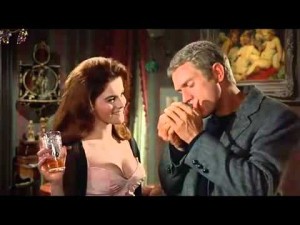 Reminiscing about the film, Ann-Margret observed that she and McQueen had a good deal in common. “I’m a bit of a daredevil,” she commented. “I love speed and danger.” When they were making the movie, the studio commanded both actors to stay away from motorcycles. McQueen advised Ann-Margret to ignore the studio edict, and she did. Motorcycles remain a passion; she confessed that she now owns a lavender Harley. Growing up in a small town in Sweden, an uncle took her on her first motorcycle ride, and when she later saw Brando in The Wild One, it only reinforced her need for speed. Asked if she remembered the fastest she had ever gone, she replied, “120 at 2 AM on Mulholland Drive.”

Her first movie gave little hint of her sauciness. She played Bette Davis’s innocent daughter in Frank Capra’s Pocketful of Miracles. She recalled that Davis was protective of her. After the novice actress’s first closeup, Davis (ever the strong-willed artist) cried “Cut” and then called for hair and makeup so that her young co-star would look her best when the camera zoomed in.

The Cincinnati Kid is one of the movies that Hollywood would not make today, at least not in exactly the same way. The movie was criticized at the time for being a pale imitation of The Hustler, and it’s admittedly not as powerful a movie. But it is equally uncompromising. In The Hustler Paul Newman’s Fast Eddie wins his final pool game against Jackie Gleason’s Minnesota Fats. But in The Cincinnati Kid McQueen loses the final poker game to old master Edward G. Robinson, and he also loses his true love after she finds him in bed with the seductive Ann-Margret. 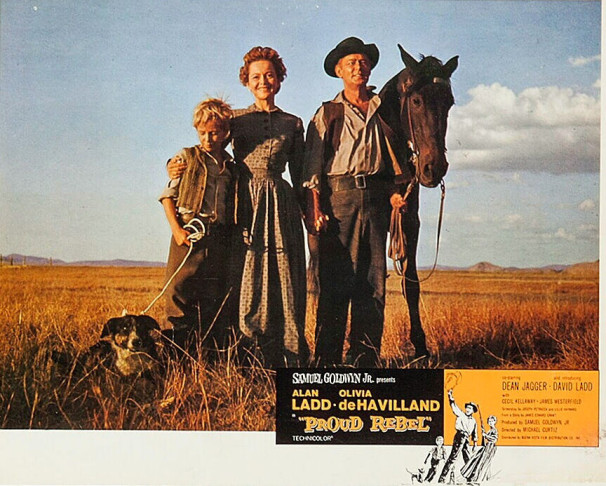 Seeing forgotten movies is one of the pleasures of this festival. David Ladd introduced a screening of The Proud Rebel (1956), which was one of the first films produced by the late Samuel Goldwyn, Jr. David’s father Alan Ladd had the lead in this intriguing post-Civil War Western, and David effectively played his mute son. Olivia De Havilland co-starred, and her daughter was also present for the screening, which features a fine supporting cast that included Dean Jagger, John Carradine, and Harry Dean Stanton in one of his very first roles. 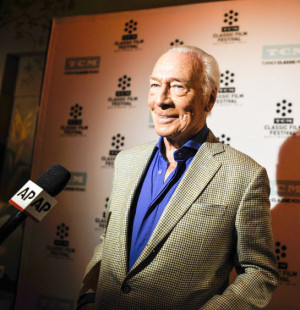 Christopher Plummer was on hand not just for the opening night screening of The Sound of Music but also to introduce John Huston’s 1975 epic, The Man Who Would Be King. Plummer played Rudyard Kipling in the movie’s framing story, though Huston originally wanted Richard Burton for the role. And at one point the studio decided that the Kipling scenes should be cut, but when the bigwigs arrived on location in Morocco, Sean Connery cornered them and declared that if they canned Plummer, he would also take a walk.

The movie uncomfortably exhibits some of Kipling’s condescension toward benighted natives, but its high spirits help to gloss over the jingoism, and the performances by Connery, Plummer, and Michael Caine certainly enliven the movie. By the end of the shoot, Plummer and Huston were comfortable with each other. The director did not win every battle with the studio. Plummer recalled that the original score was more subtle, Indian-flavored, but the studio wanted something bigger. “So they got the hottest composer of the era, Maurice Jarre, and I think the picture suffered,” Plummer confided