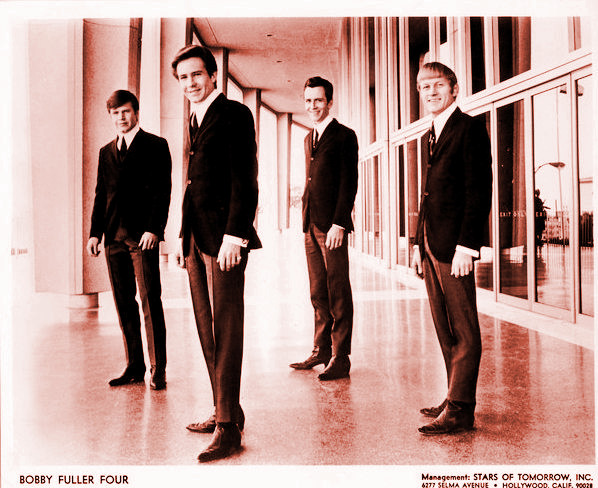 The Hollywood Renaissance of the 1960s didn’t need the Bobby Fuller Four. That unique conflagration of bands, managers, impresarios, producers, studios, engineers, session players, record labels and executives, radio stations, deejays, and TV shows incubated the Byrds, Sonny & Cher, the Mamas and Papas, Love, the Mothers of Invention, Paul Revere & the Raiders, the Seeds, Buffalo Springfield, the Association and the Doors. Hollywood could have gotten along very nicely without the quartet from El Paso, Texas.

But the scrappy upstarts, headed by guitarist-singer-songwriter Bobby Fuller, brought an incisively honed shot of guitar-driven Tex-Mex testosterone to a scene awash in Beatle boots, folk-rock vocal harmonies, bobcat vests, Rickenbacker 12-strings, leather ponchos, Fender Reverb amps, pastel sentiment, Prince Valiant haircuts, and sneering punk attitude. Under the patronage of KRLA deejay Casey Kasem, the Bobby Fuller Four was on display at dances and clubs all over the Southland. In the space of two years, Bobby Fuller carved out his own Hollywood niche and gave the ‘60s an indelible hit record. 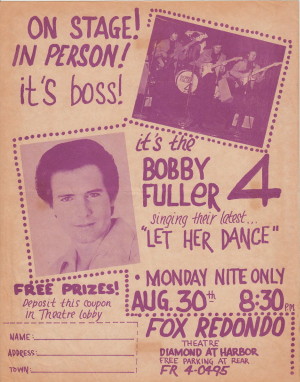 While the British Invasion reminded American of its black blues and rock ‘n roll pioneers, Fuller carried the banner for the rhythmically-fired guitar/drums esthetic of Eddie Cochran and Buddy Holly — retooled and rocked-up.

Unlike some hit-record bands, the Fuller Four could deliver onstage. Years of playing in El Paso high school gyms, shopping centers, community halls, teen clubs and bars had forged a work ethic, musical cohesion, and steely ambition that animated the band to try its hand in the Big League.

It didn’t happen all at once. They made a run at SoCal in ‘63, playing surf instrumentals at the Hermosa Biltmore and Balboa’s Rendezvous Ballroom. Surf guitar god Dick Dale was king at the Rendezvous, but the El Paso band drew big crowds and gave him a run for his money. Though Fuller professed antipathy toward surf sounds, their ferocious extended double-picking jam on the Dale-identified “Misirlou” used a cavernous reverb that pointed ahead to psychedelia. 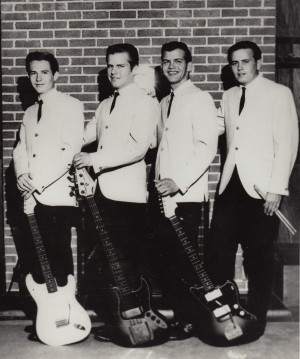 Top 40 radio in the summer of 1965 was flush with the first fruits of the flowering: Ike & Tina Turner’s “Goodbye, So Long,” “Help Me Rhonda” and “California Girls” by the Beach Boys, Jackie DeShannon’s “What the World Needs Now,” “I Live For The Sun” by the Sunrays, “Mr. Tambourine Man” and “Feel a Whole Lot Better” by the Byrds, Sonny & Cher’s “I Got You Babe,” “Eve of Destruction” by Barry McGuire, “Steppin’ Out” and “Just Like Me” by the Raiders, Danny Hutton’s “Roses and Rainbows,” “Good Lovin’” by the Olympics and “It Ain’t Me Babe” by the Turtles. But nothing jumped out of a car radio that summer like “Let Her Dance” by the Bobby Fuller Four.

As the Fanatics, they’d recorded prodigiously back in El Paso but always in small studios and makeshift situations. After signing with Bob Keane’s Mustang label, Fuller had Keane’s multi-track Selma Avenue studio (in a converted bank vault!) at his disposal. The reverb and echo that was suddenly part of their sound defined the Hollywood version of the Bobby Fuller Four. With Jim Reese’s relentless guitar line and Fuller’s stinging accent chords, cascading band vocals, Randy Fuller’s muscular bass, and DeWayne Quirico’s on-the-beat drumming, “Let Her Dance” attained its own vertical sound column — entirely independent of Phil Spector’s productions. Long before Philip Glass and the minimalists played with overloading overtones, “Let Her Dance” piled up sharp guitar notes, cymbal crashes and what sounded like hammer-on-chisel off-beats to stunning effect.

“I Fought the Law,” pulled from the Buddy Holly songbook, hit like a brick through a plate-glass window the following fall. Fuller showed what excitement a deftly played rhythm guitar could achieve at a bright tempo. It was an instant classic that amounted to a turbo-charged rebel yell, which still resonates proudly with white rockers today.

Like sonic comets blazing across the SoCal airwaves, those records left a trail of musical phosphorous that, while brilliant, was destined to burn out. No one knew just how quickly it would extinguish. Bobby Fuller’s pummeled body was found doused in gasoline in a car, but his death was ruled a suicide. His grisly death on July 18, 1966 at age 24 left nothing but horror and unanswered questions. 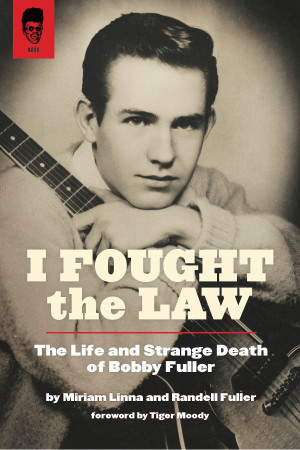 Fuller’s truncated life and career inevitably engender what-ifs. It’s unlikely that he would have been able to move much farther than his boy-girl lyrics and transition from the hit-single song form to album statements. But for two years, the Bobby Fuller Four kicked SoCal into a higher gear than it was used to.