How did ‘Cuddles’ do it? Revealed at Skirball Center’s “Light and Noir”

As this TCM tribute sets forth, the Budapest-born, jowly S.Z. ‘Cuddles’ Sakall was adorable, hilarious and popular on the set. But did those qualities alone get the character actor prominent play in 46 Hollywood movies? 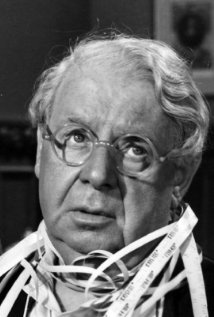 One of many film people to flee Nazi-dominated Europe, arrive on American shores, and wend their way to southern California, Sakall had the good fortune (in the small village of Los Angeles) of connecting with a supportive network of fellow emigres — mostly, but not exclusively, Jewish.

[In Sakall’s case, as is made apparent by the immigration papers that are part of the Skirball exhibition, the guy walked, at age 58, across the border from Tijuana into the U.S.] 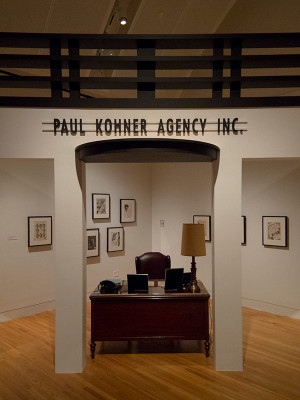 One of the key backstage players was a powerhouse talent agent, Paul Kohner, who counted Sakall as his client. The smart and handsome Czech-born Kohner ported to America a sizeable resume as a movie producer in the old country.

Kohner’s relentless efforts for Cuddles and Co. are displayed in a charming mock-up of his talent agency, which occupies one rich corner of the wonderful “Light and Noir” show — now on at the Skirball Cultural Center. 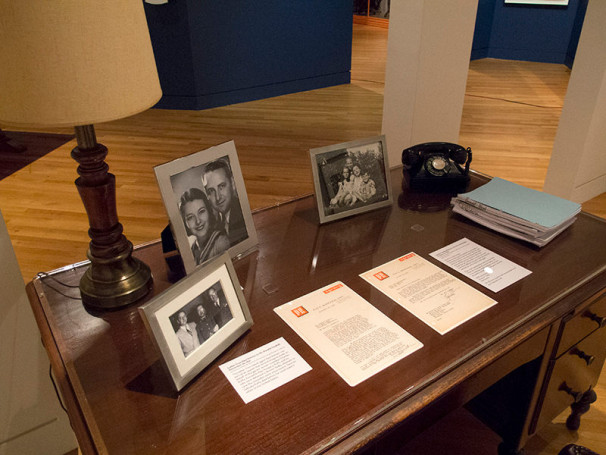