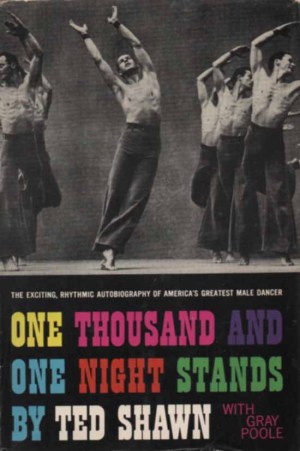 Los Angeles has long been an arts beehive, dating back to the 1910s when modern-dance goddess Martha Graham and film director Mitchell Leisen converged here. We enjoyed receiving this amazing Los Angeles dance-film anecdote from Norton Owen, a friend of arts·meme and the Director of Preservation at Jacob’s Pillow Dance Festival. Writes Norton:

I am wondering if you know about the connection of Mitchell Leisen and [dancer/choreographer/Jacob’s Pillow founder] Ted Shawn. Aside from a vague memory that [Leisen] had his beginnings at Denishawn, I wasn’t sure exactly what that connection might be.

So I went back to the unpublished original manuscript for Ted Shawn’s 1001 NIGHT STANDS which contains much more detail than what ended up in the print edition. Here’s what Shawn writes about a connection which I believe happened around 1916: 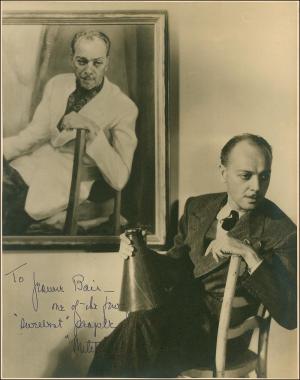 At that time a friend, Miss Irene Mitchell, a very successful concert manager from Kansas City, Missouri, was visiting us. She had been stricken with a strange illness with a resultant complete loss of speaking voice. As it interfered with her work tremendously, and she was worrying herself into the grave, we invited her to come out to California and live with us – get a complete change and we hoped, recover her health and voice. She had been there some time when she was joined by a young nephew just out of high school, who was Irene’s responsibility. So he lived at Denishawn too (this was at Westlake Park). He had a certain talent for drawing and made sketches of costume designs, which showed promise. 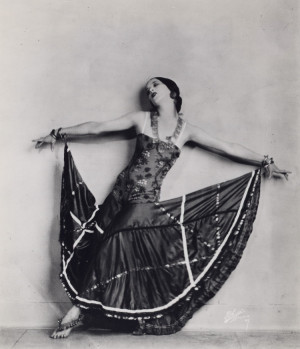 o I engaged this idle lad in my plan in regard to Martha [Graham – this is about the creation of “Serenata Morisca” (1916)]. Between us we designed a stunning costume in black and gold, with a full circular skirt; and between us we made the costume, except for the actual machine sewing – he drawing and cutting the stencil for the border of the skirt, and I stenciling the pattern in gold on the black satin material.

That boy’s name was Mitchell Leisen, whom I introduced to C. B. DeMille and started him towards becoming the important director that he is today.