The essence of tap is a rhapsody 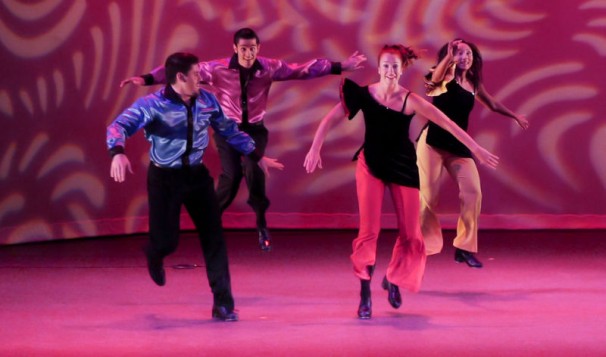 Among the more quixotic ventures one might try, maintaining a tap dance company ranks somewhere between reviving the celluloid collar and loading mercury with a pitchfork. The degree of difficulty—in attracting and keeping good dancers, choreographing for their collective and individual talents, finding sympathetic musicians, securing a worthy facility, mounting shows, and obtaining funding—keeps growing. That’s why the annual Rhapsody in Taps showcases at the Aratani Theatre (formerly the Japan America) are so important. They’re also hugely rewarding and entertaining.

This is Rhapsody’s 33rd season; 25 of their concerts have been at Japan America. Through the years and changes, one characteristic has remained constant: no other tap company has a more varied palette of tap-related repertory, or a more versatile company. Director Linda Sohl-Ellison maintains a standard of presentation and innovation. “I’m very conscious of choreographing for the individual talents of my dancers, but at the same time I want to challenge them–give them a little nudge into the unfamiliar.” 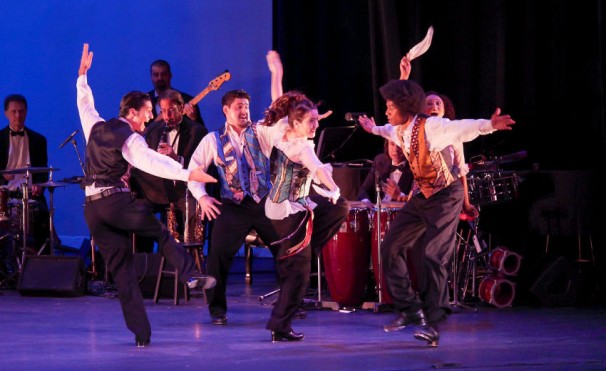 Early on she saw beyond the static, black-clad rhythm tapping programs that were so prevalent in the early 1980s. Sohl-Ellison’s orientation in modern dance clued her to the importance of imaginative lighting, costuming, and choreography that utilized larger ranges of motion for her dancers.

She also searched out music that suggested new staging opportunities and possibilities for the company. RIT has a long enough history that it can revisit older pieces. Jazz drum legend Louie Bellson (1924-2009) wrote a piece for her; it will be revisited at the Aratani. “We only worked with Louie briefly in 1983,” Sohl-Ellison advises, “but I cherish that exchange. We first performed ‘A Trilogy in Time’ in our show of the same name at the Embassy Theatre. It was actually the first tap festival in L.A.” That show drew together the young local tappers (Fred Strickler, Chester Whitmore, Camden Richman, Chance Taylor) and veterans like Fayard Nicholas (as emcee), Jimmy Slyde, Eddie Brown, Louie DaPron, Willie Covan, Al Desio and Frances Nealy. 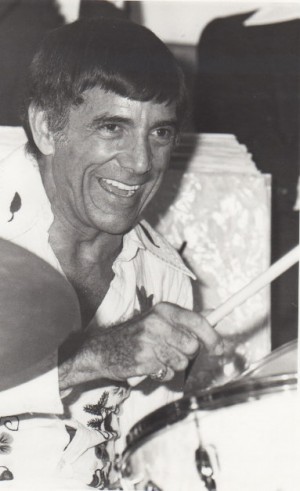 Like many of the elder jazz drummers, Bellson tapped as a child and played for some of the great hoofers (his brother-in-law, rhythm tapper Bill Bailey, was regularly featured with the show that Louie and his wife, Pearl Bailey, took around the world). “Louie and Jack Hayes wrote ‘Essence of Rhythm’ as a big band chart.” Phil Wright, erstwhile pianist and musical director, later scoped it down for four pieces. “Louie also did ‘Drum Thunder’ with us,” she recalls. “That’s a challenging piece with a lot of visual cues and Louie showed me how to make it better; he was such a generous spirit. Even though he was up in years, I got him to do the Shim-Sham with us on our closing number.”

Though a confirmed modern dancer, it wasn’t until the Ohio native saw the elder black tappers in Los Angeles that Sohl-Ellison reconsidered tap as an adult. The late Foster Johnson’s rhythm tapping, in particular, challenged her notions of high and low art with its complexity. He became an important mentor to Sohl-Ellison and she’ll include a tribute to him Saturday night. “Foster used to start his shows with this short solo piece,” she says. “It wasn’t a complex structure but he’d hit it hard and fast to test the waters each night. I begged him for a long time to teach it to me and finally he did.” 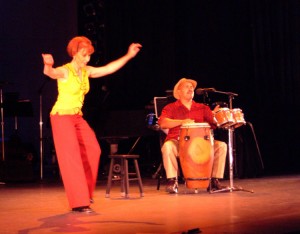 Despite obstacles, Sohl-Ellison has a couple of hole cards: her longtime teaching position at Orange Coast College is a dependable farm system for replenishing her company with promising young dancers. Her husband and musical director, Monti Ellison, is a resourceful percussionist with a deep dance background (he danced professionally and was a staff musician with the Ailey School). “Monti’s my muse,” Sohl-Ellison offers, “and he’s been a major change for us. We have this piece, ‘Salute to Soul,’ with music by Otis Redding and Sam Cooke and others; that came from Monti. He’s added a whole dimension to our world music pieces; he’s an expert berimbau player and Monti’s taught the company the bucket drumming pieces we do.”

“We had some setbacks in the last few years,” Sohl-Ellison concedes. “We lost some of our key organizational people and it’s really hard to get adequate funding now. It’s much harder to qualify for what amounts to a fifth of the city grants that we used to get. But Monti has taken up a lot of slack and has tremendous enthusiasm for the company. At times when I felt like giving up, he’s kept me in the game.’