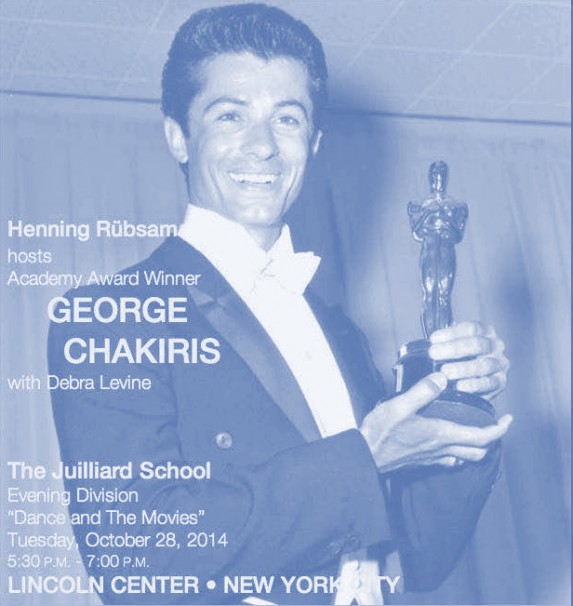 In fitting recognition of a great dancer whose searing, Oscar-winning performance as “Bernardo” in “West Side Story” was filmed on NYC’s Upper West Side terrain where the Juilliard School now stands, George Chakiris will visit the renowned conservatory for an interview and dance conversation.

Location shooting of the playground sequences that open “West Side Story” (called “the prologue”), still so fresh and compelling, took place during the summer of 1960 in a tenement neighborhood that was subsequently demolished for Lincoln Center’s construction. 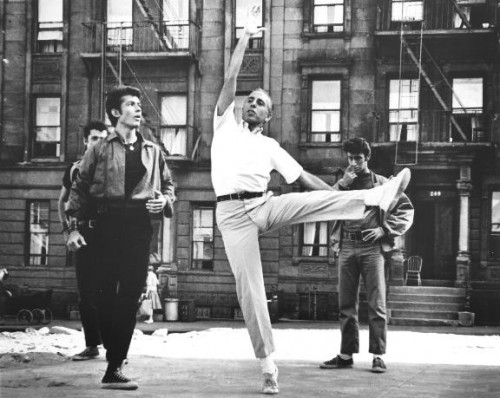 Henning Rubsam, the Juilliard School instructor who will host Chakiris, says, “A class about “Dance and the Movies” has been on my wish list ever since I started teaching at Juilliard in 2006. Having George Chakiris as part of this first course on the subject is the most wonderful treat.” 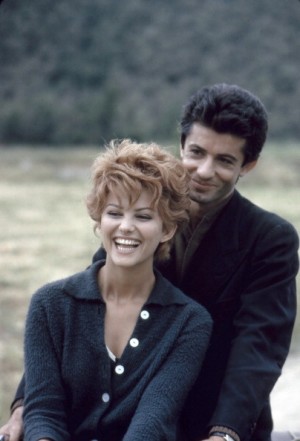 he Juilliard visit, October 28, 2014, follows a weekend of Chakiris events at the Museum of Modern Art whose esteemed film department is poised to unleash as massive film preservation festival now in its 12th year, “To Save and Project.”

“Bebo’s Girl” (1964), a by-and-large gone-missing movie in which Chakiris co-stars with Claudia Cardinale will be screened at the Museum Sunday October 26.

The film, based on a novel by Carlo Cassola, has an audience in Italy but is not widely known in the U.S., an oversight soon to be rectified. 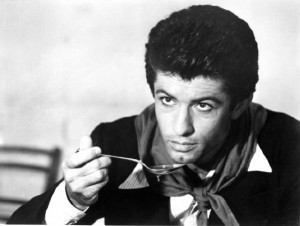 The characters played by Cardinale and Chakiris, though trapped in a web of love and politics, gradually find security through their relationship.

Prior to the screening of “Bebo’s Girl,” I will interview Chakiris about his career, our conversation enriched by wonderful vintage television material, courtesy of our friends at ULCA Film & Television Archive, who unearthed the clips at last year’s “An Evening with George Chakiris.”