A wonderful celebration of Los Angeles cultural history soon kicks off the Museum of Modern Art’s 12th annual “To Save and Project” film preservation festival. Three events, each related directly or indirectly to Hollywood dance history, will highlight the Festival’s opening weekend. 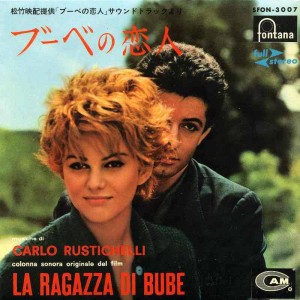 The first, Sunday October 26, 2014, is an interview with dancer-actor George Chakiris concerning his long career in the performing arts — as a dancer, singer and actor, both on stage, screen and in the Capitol Records recording studio.

It will be my privilege to interview Mr. Chakiris.

Following the interview,  a screening of LA RAGAZZA DI BUBE (BEBO’S GIRL, 1964), made in Italy fifty years ago by director Luigi Comencini and starring Claudia Cardinale and Chakiris. It’s a sensitive drama set in post-war Italy, the beautifully told story of a heart-rending love triangle. Cardinale and Chakiris are outstanding in the movie together. 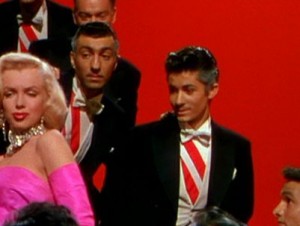 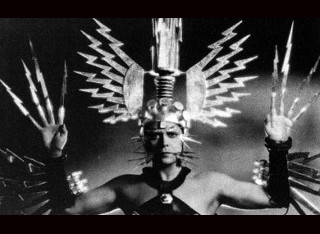 Finally, at 6:45 pm, I will give a presentation on the making of a unique film, followed by a screening of Cecil B. DeMille’s MADAM SATAN (MGM, 1930). “Satan,” which was DeMille’s first, last, and only movie musical, was created in close collaboration with Ballets Russes dancer-gone-missing, Theodore Kosloff.

My talk concerns the relationship between the two men, with focus on how Kosloff came to dance in the movie’s exceptional ballet mecanique as “The Spirit of Electricity.”

The nearly indescribable MADAM SATAN needs to be seen to believed, steeped as it is in Art Deco production design, notorious pre-code costumes by Adrian; it’s a parlor drama spotted with occasional musical numbers. The movie’s centerpiece party sequence takes place in a Zeppelin that goes unhinged. The flick was a flop in its day, but has garnered DeMille increasing respect over the years.