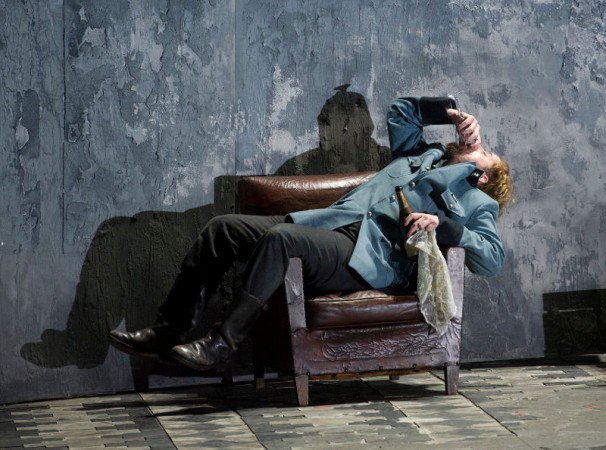 I find Shakepeare’s Othello problematic in the extreme, all the racist references in the text, the historic use of blackface, the desperate fragility of a black man so easily duped by a white conniver, the hysteria around strong and bestial black hands closing around the white neck of the blameless Desdemona, even more so when the hands in question acquired their color by birth rather than burnt cork. The only interpretation I’ve ever been able to celebrate was the meditation on Desdemona’s side of the story by Toni Morrison, Peter Sellars and Rokia Traore. 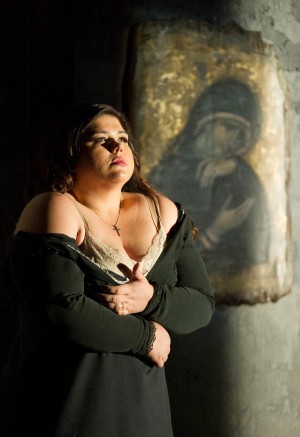 So I’d never heard let alone seen the Verdi opera, but when I learned that my beloved English National Opera was mounting a production employing white tenor Stuart Skelton in the notoriously challenging title role, I was… upset. On the one hand: no reflection on the merits of Skelton whom I’d seen triumph in Peter Grimes, Fidelio and Dutchman, but wouldn’t this have been a wonderful chance for a tenor of color? Was there really no one up to the task? Were they going to employ blackface? In London? In 2014? I’d even considered taking my crusader cap off its shelf and making a public fuss.

But on the other hand: as a supporter of color-blind casting, as someone wanting qualified singers of color to have access to Tristan and any number of Countesses, wouldn’t denying the likes of Skelton access to Otello smack of hypocrisy? I couldn’t get past the blackface issue, though, and decided to sit this one out, until I learned the week before that crime against all that I hold dear wouldn’t be perpetrated. I put in a late bid for tickets and so was in the audience on opening night when ENO Music Director Ed Gardner initiated an absolutely thrilling 2 ½ hours with Otello’s opening storm.

David Alden’s production is all dark, hard edges. Having foregone Shakespeare’s first Venetian act (and thereby the most virulently racist exchanges), the action in Arrigo Boito’s libretto is confined to the fortress on Cyprus following Otello’s victory against the Turks where there’s no softness at all save the lusciousness of Leah Crocetto’s Desdemona. Even the infamous bed is absent; caresses occur on the cold, stone floor, murders as well; the only sources of light a small hearth flame occasionally from that floor and the subdued glow of an icon, later serving as a dart board for Iago. (A rather superfluous vulgarity I thought. We’ve already clocked the man as the Devil Incarnate.) 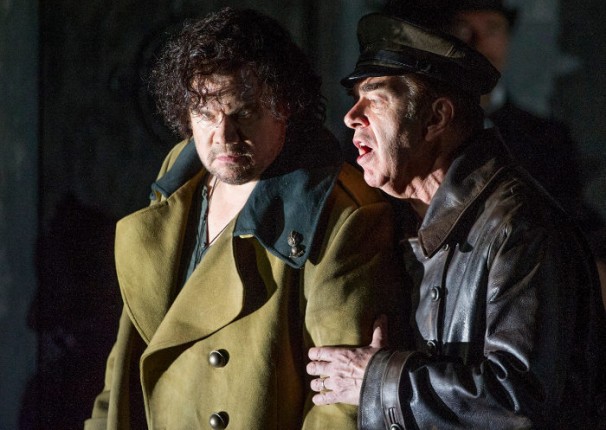 The singing is magnificent. From his first banner-carrying entrance, Skelton is all conquering. Though traces remain of his “dusky lips” and Desdemona’s ivory everything in the text, what we have is a man who’s achieved liberation and found glory as a warrior, who can fight, lust and love with both focus and abandon, but has no subtlety about him, no capacity for, or understanding of, the complexities of human motivations, least of all in regards to guile. Skelton is ably supported by Jonathan Summers’ rasping gnome of an Iago and the innocent, humane and ultimately wise Crocetto. All this with the passionate intricacies of Verdi’s score hurtling from the pit under Gardner’s fiery baton.

The season opening evening was an unmitigated triumph. I left the Coli with all senses tingling, would love to see it again; and yet, and yet… For all my disquiet with the gnarly trope that is The Moor of Venice, I can’t help but wonder in this time — when fear, loathing and desire to destroy the black male body is still so part of our zeitgeist — what will be added when an intellectually as well as musically able Black tenor and a director of commensurate gifts are able to tackle the harsh racial realities that are at its core with insight resulting in further revelation. I live in hope.

Candace Allen is the author of Soul Music The Pulse of Race and Music. She lives in London.