Ivan Kirov, the dancing star of “Specter of the Rose” 1 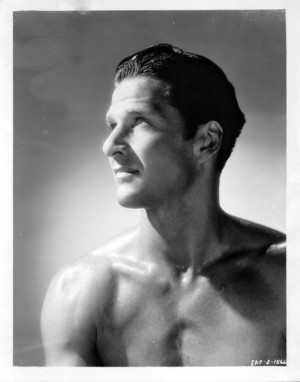 Hecht created “Specter” in a couple of weeks, for $200,000, at Republic’s San Fernando Valley movie studio. He personally cast Kirov in the role of Sanine. We are screening the movie, with dance and film conversation, next Saturday night, July 19, 2014, at UCLA Film & Television Archive‘s Billy Wilder Theater.

We asked Hollywood dance historian Larry Billman to share with us his information on Ivan Kirov.

“That Ivan Kirov only appeared in one movie, Specter of the Rose, is understandable – he was never really trained as an actor or even as a dancer (which was the reason for which he was cast in the film) – but he had a physical presence that was perfect for what was asked of him in that one film.” (All Movie Guide). 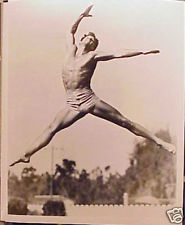 Stricken with polio as a boy, Kirov began swimming for physical therapy for the paralysis and became a top amateur swimmer in his teens. While studying geology and appearing on the radio as “Johnny Kaye” at USC, he set three world’s records in backstroke swimming. After graduating from USC with a Bachelor of Science degree, he saw a performance of Prince Igor by the Ballet Russes in 1938 that inspired him to begin studying dance with Theodore Kosloff at the age of 21.

He made his dancing debut as a soloist at the Pasadena Playhouse in 1939 and danced in out-of-town tryouts of Lady in the Dark (’40 – billed as “Yaroslav Kiroff”) but his knees collapsed. After a knee operation, he recuperated for one year, taking acting classes with Lee Strasberg in Hollywood and joined a stock company, also appearing on Broadway in Sons O’ Fun  (‘41), Vincent Youman’s Concert Review (‘43), and at the Roxy and Loew’s theaters in New York. While dancing Marc Platt’s “Dream Ballet” role in the road company of Oklahoma! his knees gave out again. 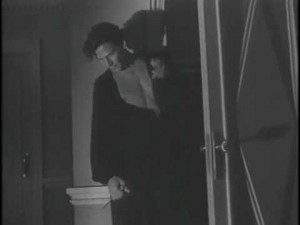 Kosloff later suggested him as Mia Slavenska’s partner in Song Without Words at the Greek Theatre in L.A. in 1945 where he was seen by writer/director Ben Hecht and offered the leading role in Specter of the Rose.

“Kirov never did another movie, but was reported at the start of the 1950s to have returned to the lower rungs of theater entertainment, with an act that involved live snakes.” (All Movie Guide).

His only other known existing footage is an episode of Groucho Marx’s TV show “You Bet Your Life” that aired in 1950, in which he improvises with Groucho. After teaching ballet, he became a painter and created sculptures, holding an exhibit of his works in 1969 in Los Angeles. His life and activities after that are unknown. Ivan Kirov died at age 79.

One comment on “Ivan Kirov, the dancing star of “Specter of the Rose””