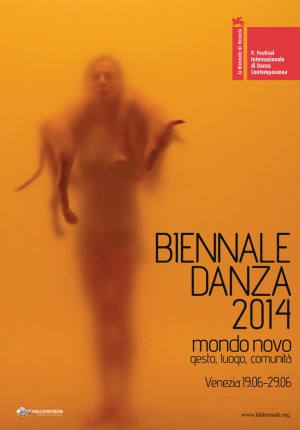 Venice’s enchanting waterways have given rise, lately, to political discord, when on June 4, Mayor Giorgio Orsoni and 30 fellow government officials were charged with corruption related to flood-control project Mose. But the converging Po and Piave Rivers will soon revert to a more customary role – acting as a fluid crossroads for a vanguard of cutting-edge art.

Starting on June 19, it is dance. The citywide 9th International Contemporary Dance Festival is part of the performance arm of one of the world’s oldest contemporary art exhibitions, the Venice Biennale, and it ramps up for 10 days. Running concurrent to the Biennale’s 14th International Architecture Exhibition, dance of all varieties will tumble forth in a thicket of performances at the city’s many squares, theatres and performance spaces. 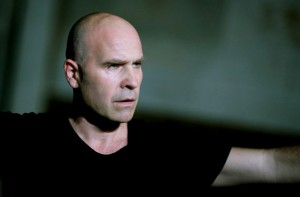 Curator Virgilio Sieni, himself a respected choreographer and a leading figure in Italian contemporary dance, has assembled an impressive roster of 30 invited choreographers and dance companies for the festival’s 42 productions, 28 of which are premieres. Many participants are Italian, but guest artists will pile into Italy from Japan, France, Belgium, Spain, Norway, Israel and a surprising sprinkling from the US. The dawn-till-late-night throng of dance concerts will cohere, or not, under the festival’s aspirational title, Mondo Novo (“New World”), further delineated by a tagline, “Gesture, Place, Community.”  “The theme is born of the possibility of renewal of community through the body itself, through its ability to move, practice and observe,” says Sieni in an email, signaling a return to humanist expression for dance.

Stefano Tomassini, a University of Lugano dance historian who assisted Sieni in the festival’s staging, explains: “We are at the end of a story in dance. We need a new story. We have to think not about the show, not about the aesthetic, but about how dance and the body can promote new community. When we say ‘contemporary dance,’ we don’t consider what is dance. We care about what is contemporary.”

In Sieni’s practice, it means a return to a basic gestural language all human beings share. It’s a stripping of artifice and ornamentation to reveal dance’s most human and universal components. This choreography can be beautiful, moving; it also offers the possibility of community rebirth, the festival’s theme.

Working at Florence’s Accademia sull’Arte del Gesto, Sieni has choreographed for non-dancers, including untrained adults, children and even the blind, to create a vocabulary of basic movement gestures. His ideas synchronize with those of Italian philosopher Giorgio Agamben, in particular the notion of “pura pracis,” or “pure routine.”

It’s a kind of anti-dance, and it will be on view in the festival. Rather than distance itself through abstraction and the pursuit of technique, this new dance opens itself to its own humanity and offer audiences an unmediated, subjective experience. 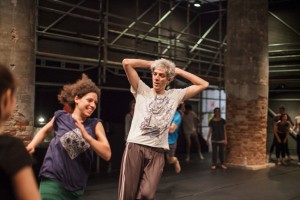 One practitioner is French choreographer Jérôme Bel whom Tomassini calls “among the most influential choreographer-thinkers of our time.” Bel’s Senza titolo, to be staged at Palazzo Grassi between June 19 and 22, fits the choreographer’s distinctive ironical tone, his highlighting of the banal, his walking the fine line between performance and reality.

Another is Christina Rizzo. Tomassini calls Rizzo “one of the most interesting new choreographers in Italy.” Her D’après une histoire vraie on June 27 germinates from Turkish folk dances and explores the memory of gestures, both folk and contemporary. She has also choreographed Ravel’s Bolero on young children, June 19 and repeating.

Other of the festival’s forward-thinkers include the (primarily) European choreographers Saburo Teshigawara, Enzo Cosimi, Jan Martens, and Roy Assaf. The Golden Lion for Lifetime Achievement in Dance goes to the American, Steve Paxton, an icon of the sixties Judson Church movement and pioneer in contact improvisation; the Silver Lion to Italian, Michele Di Stefano of the mk company. 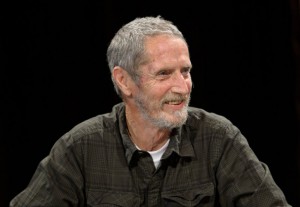 “Paxton is an indisputable master of contemporary dance,” says Tomassini. Paxton’s Bound on June 20 – a sequence of episodes performed by Slovenian dancer Jurij Konjar   – will have its first Italian viewing in 32 years.

Dance’s interface with the Architecture exhibition is a compelling element. Curator Rem Koolhaas, the Dutch architect, has designed and constructed six new performance spaces for dance within the Corderie dell’Arsenale, Venice’s massive former ship-building complex dating to the 16th century.

On those stages, dance “incursions” lasting anywhere from minutes to hours-long, will be on daily view. In-progress showings of Sieni’s special project, Appunti sul Vangelo secondo Matteo (“Notes on the Gospel according to Matthew”), illustrating twenty-seven scenes from the Gospel and engaging two hundred performers will be offered. The completed version will be appear at the Teatro alle Tese the first three weekends of July, closing the Festival.

“Artists were invited to use dance as a territory of gesture and transmission to articulate ideas about community and place. They’ll conduct a dialogue between body and place, scattered across the city, to generate a geography of pathways,” says Sieni.

Tomassini concurs. “In Venice, you have no streets, only squares (“campi”) with water all around. We’re offering the audience a new way to see the same square. Our director is not a standard festival director. He is a creator, a thinker, a philosopher of dance. Ours is unlike other dance festivals, in Avignon, Jacob’s Pillow. In Venice something new will happen.”

This story was commissioned and first published in the South China Morning Post.