Midstream through COL·COA [City of Lights · City of Angeles], the inimitable week-long film festival showcasing the best of new French cinema in Los Angeles premieres, we chatted with Francois Truffart earlier this afternoon. And the Festival director wants to spread the word. 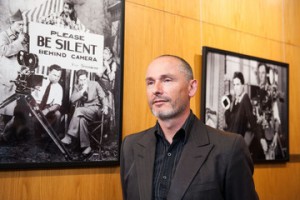 “We still have tickets,” said Truffart, speaking during the annual COL·COA luncheon that welcomes the Festival’s many visiting artists from France.

The dejeuner sur l’herbe was generously hosted by France’s Consul General in Los Angeles, Axel Cruau, in the rather opulent garden setting of his official residence in Beverly Hills.

Truffart contends that the public should not give up on gaining access to COL·COA screenings: “People think tickets are difficult, especially with our big weekend upon us. But we still have tickets! Don’t worry about the website. Just come. Show up 30 minutes before the screening(s) and try.” 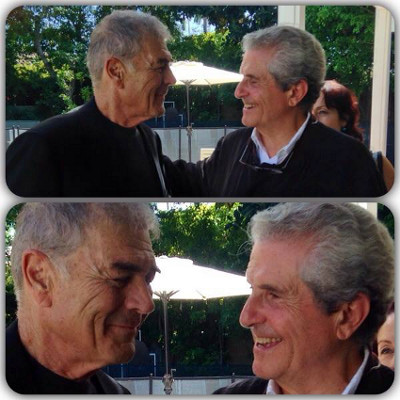 As to how COL·COA 2014 is faring, the normally reticent Truffart burst forth: “So far, so good,” he replied, with gusto. Asked how it feels to present his carefully constructed roster of feature films, documentaries, and (his particular specialty) short subjects to an audience, Truffart admitted to a certain degree of excitement.

“I feel not so much nervous, but excited, as a programmer, to hear the audience reaction. And I’m always keen to see how audience voting goes.”

High points of COL·COA’s weekend include director Cedric Klapisch’s “Chinese Puzzle” tonight at 8:30 pm. Friday night’s must-viewing is the North American premiere of Roman Polanski’s latest, his film treatment of theater piece, “Venus in Fur.” On Saturday, “Me Myself and Mom,” a comedy, has good buzz. The highly recommended and affecting documentary “On the Way to School” screens mid-afternoon on Sunday.