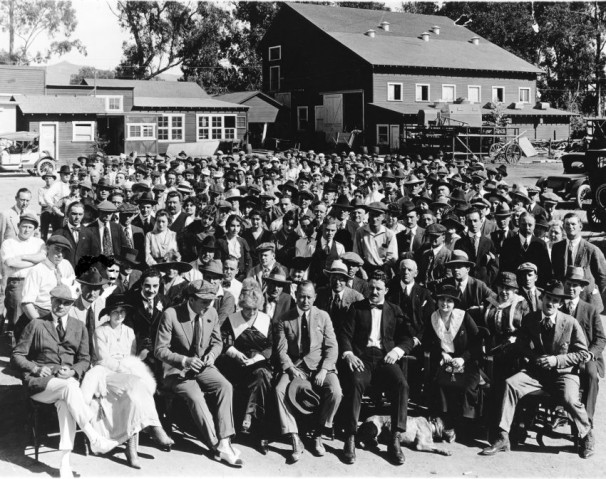 Photo Independent, the artist-only fair for photographic artists, collectors and art professionals, rolls out this weekend at an unusual venue: Hollywood’s Raleigh Studios.

An amazing and charming movie complex that dates to the ‘teens and comprises fourteen sound stages, Raleigh occupies a distinct niche of Hollywood dream-factory history. Paired with Paramount Studios, which sits to the north across Melrose Avenue, the two form an historic nexus all the more miraculous because so many original buildings still stand. We asked arts·meme friend Marc Wanamaker, author of numerous books on Hollywood studio history and head of Bison Archives, to share with us Raleigh’s background. In fine form, Marc prattled this timetable off the top of his head.

1914 Fiction Players company built the first studios on this spot where they fabricated nondescript films.

1915 Fiction Players purchased by Famous Players, the New York-based film company helmed by Adolph Zukor. Zukor made the studios his western headquarters, dispatching to the studio Mary Pickford who was already in Los Angeles to star in “A Girl from Yesterday.” In making this aviation picture, airplanes landed in a field at Bronson and Melrose.

1915 The sinking of the Lusitania, taking with it Charles Froman, a major theatrical  backer as well as a backer of Famous Players. At this point, Zukor returned all production from the West Coast to New York. 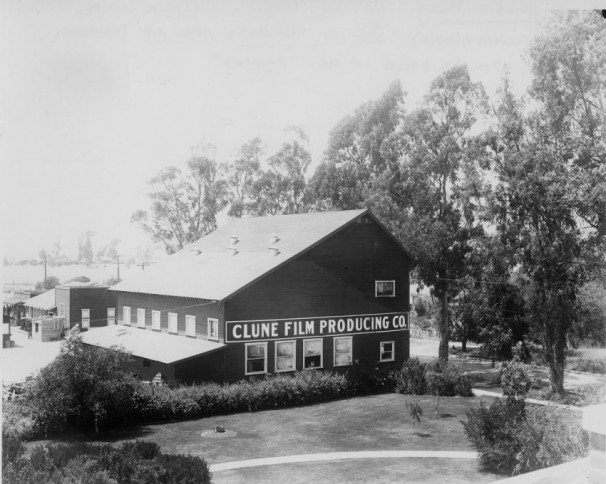 Enter William H. Clune, owner of theaters and Philharmonic Auditorium downtown. Clune purchased the studio, renaming it as Clune Studio. On that site Clune produced the second “Ramona” filmed in 1915.

1917 War in in Europe. Clune starts to lease to Paralta, independent producers creating movies related to WWI. Other production companies doing serials there.

1919 After the war, Doug Fairbanks formed United Artists, he moved in and took it over as Douglas Fairbanks studio, there shooting The Three Musketeers and the Mark of Zorro among others.

1925 Tec Art, from New York shows up and makes deal to build enclosed stages and operate for Mr. Clune.

1926 Sound revolution has begun, by 1927, after The Jazz Singer, Tec Art decides to build sound stages and outfit entire studio for sound, to the delight of Clune.The first tenant to build a sound department, maintaining and sound theater, sound equipment was Roy Disney. Disney studio was in East Hollywood but brought one of their inking units to Clune Studio. Early Mickey Mouse movies inked there.

1927 Tec Art brings in Inspiration Pictures and builds them an administration bulding on Clinton street on the south side of the studio. A Spanish-style building was built with the reverse side a hacienda set, the other side of the office building used in the second Ramona (they just found this film).

1929 Clune dies at 58. His family makes a deal with USC, who administrator the Clune Memorial Trust all the way until 1979 when it was sold to Raleigh Enterprises.

1940 Other companies operating there leading into ’40s, WWII starts, yet a new operating company, California, renaming as California Studios till 1947.

1950s Arrival of television. Some of the first series-pilots to be tested shot at California Studio. Gunsmoke, Have Gun Will Travel, Superman shot there. When those series became successful they were moved off the lot to CBS Studio Center in the Valley, leaving behind Have Gun Will Travel. HGWT did many shows there; it, too, eventually moved to the Valley.

1960 The studio again taken over, this time by Producers Studio; continued with auto commercials, feature films through ’60s, including more t.v.  Working as a grip there was Kevin Costner, among others to cut teeth on film production at Producers.

1980 Countless feature films like The Lady in Red, Gene Wilder, director, Death Becomes Her, Goldie Hawn and many other t.v. shows, Ugly Betty, Closure, made at Raleigh; to this day lot is filled with pilots and commercial production.