Like a few of the world’s other major movie-going cities, Los Angeles often presents impossible choices for the exploring cinephile.

And tonight, Sunday, provides a doozy.

Where to go? To Westwood, to the Billy Wilder Theater, where UCLA Film & Television Archive continues its remarkable “A Century of Chinese Cinema” survey with two exceptionally rare early 1950s, post-Revolutionary films (in 35mm) at 7pm?

Or downtown, to REDCAT, where Los Angeles Filmforum has invited the pioneering American experimentalist Bruce Baillie to present (in person) an array of his 1960s classics, including the premiere of a previously unreleased work, also at 7 pm?

Hmmm … Last we checked, cloning isn’t possible, so your assignment is to choose. Both screenings feature stuff that you’ll likely never see again on screen. 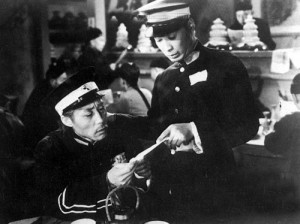 The Chinese bill starts with “This Life of Mine,” directed by Shi Hui and written by Yang Liuqing, the first film made in Shanghai after the Communist revolution. Like “This Life,” the 1951 “Shangrao Concentration Camp” (co-directed by Zhang Ke and Sha Meng and written by Feng Xuefeng) shows the strong influence of the look and rhythm of Soviet films, which were then a new discovery in Mainland China. According to the program notes by series curator Noah Cowan, “Shangrao” is “one of the major discoveries of the series and one of the greatest of all POW films.” 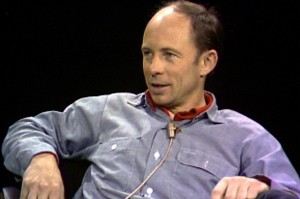 Meanwhile, across town, Baillie will serve up six of his prime short films, including his 1966 classic “Castro Street” and a rarity from the same year, “Little Girl,” newly preserved by the Academy Film Archive. Baillie has been a key figure in the West Coast experimental scene since 1960, and a co-founder of Canyon Cinema, the country’s first distributor of avant-garde cinema. But his lasting mark is felt by his films, which create astonishing washes of images and sounds with an unmatched blend of dream and realism.

One consideration: Baillie will be back at REDCAT tomorrow Monday (8:30 pm) with a second night of rare films, including his hour-long “Quick Billy.”