Love for Henry in Orange County 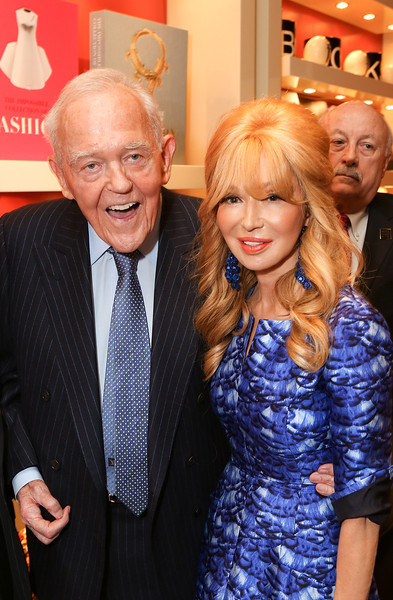 A beautiful event Thursday night, October 20, 2013, a cocktail hour in honor of California’s preeminent arts patron Henry Segerstrom, the force behind Orange County’s Segerstrom Center for the Arts and subject of a new coffeetable book.

“Henry T. Segerstrom The Courage of Imagination and the Development of the Arts in Southern California,” a true tome of a book, had its launch party directly in the luxury shopping destination.

The book tells the Segerstrom family saga: how an industrious set of Swedish immigrants built an American dynasty based on dairy and lima bean farming. Later they donated the land that now hosts South Coast Plaza, South Coast Repertory, Orange County Museum of Art and Segerstrom Center for the Arts.

Close friends and family attended a V.I.P. reception, and a massive throng of business associates and friends-of-Henry partied to a live band.

I was personally honored to shake hands with Mr. Segerstrom. I’ve been attending the ballet at Segerstrom Hall since the late eighties and very much anticipate the opening of the season, Diana Vishneva, On the Edge. 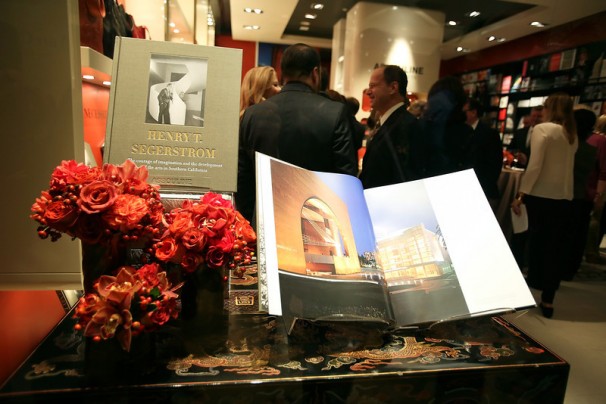 "Henry T. Segerstrom The Courage of Imagination and the Development of the Arts in Southern California" displayed

"Henry T. Segerstrom The Courage of Imagination and the Development of the Arts in Southern California" launched by Assouline Publishers