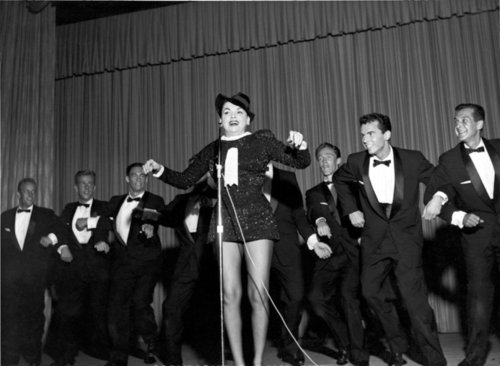 An amazing zoom back in time with George Chakiris, who is not only Hollywood dance royalty but a gifted actor and recording artist.

George, who celebrates his birthday today, worked with major talent over his long career in stage, film, television and nightclub. He shared memories of assisting choreographer and dance-director Robert Alton in staging Judy Garland’s seminal Las Vegas revue of summer 1956.

As background George explains, “Robert Alton knew me from White Christmas and There’s No Business like Show Business [both released in 1954].

“Alton had two assistants. On Joan Weamer, he choreographed what Judy was going to do. He taught me what the guys would do — and I taught them. That’s what choreographers did. They worked with assistants shaping the material before working with the star. 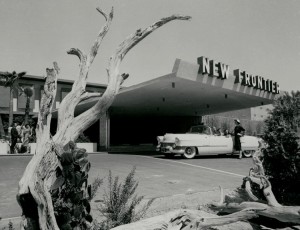 “Judy had eleven guys behind her. The opening number was created by Roger Edens to introduce her.

“The guys came out carrying poles, like placards, each with a letter on the top. They spelled out different words with the letters. ‘Jaguar’ was one. Finally, across the stage it read “Judy Garland” — and she came out.”

Alton had worked with Garland at MGM, says George, so, “He knew she didn’t much like rehearsing…

“In rehearsal they played the “Judy” record. It had just been released.”

“Because they used the recording, Judy wasn’t singing out. Joan (assistant for Garland) quietly asked Alton, ‘When is she going to do it?’ Alton said, ‘Just wait.’ Because … he knew.”

[From Wikipedia: Garland performed a four-week stand for a salary of $55,000 per week, making her the highest-paid entertainer to work in Las Vegas to date. Despite a brief bout of laryngitis, her performances there were so successful that her run was extended an extra week.] 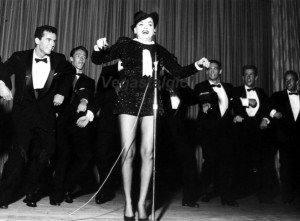 Says George: “I did enjoy it. It was interesting watching her. She was fun. She was spirited and lively. When she looked at you, you felt she could really see who you were. It was somewhat intimidating. I thought she was fascinating.

“Once we all went to her house. She wanted us to hear [the recording] on good speakers that she had at her house.

“She was a great raconteur. An extremely funny, witty person.

“The great thing was watching Judy in performance. Nothing was held back. Her connection to her material was so deep, it had resonance.

“Judy also moved very well. Look at “A Couple of Swells” from Easter Parade. She was a natural mover as well as a singer; she moved beautifully; she had a gift for movement.”

Chakiris was neither peer to Garland, nor the next generation. He was right in between. However, he said, “Liza, the twelve-year old, came into rehearsal a few times, dressed in darling little clothes and patent leather shoes. She was so eager to learn. I taught her a little something that the guys were doing. She learned so quickly.

“Lee Minnelli, Liza’s step mother, was a very good friend of mine. Thanks to her, I went to the premiere of “Cabaret.” Liza’s instincts are so wonderful.

“Just Imagine” is a favorite Judy Garland song of mine. It’s simple, direct, pure singing. Even Streisand, from time to time, does something to the melody of a song. Judy sings it as written — and it’s beautiful.”