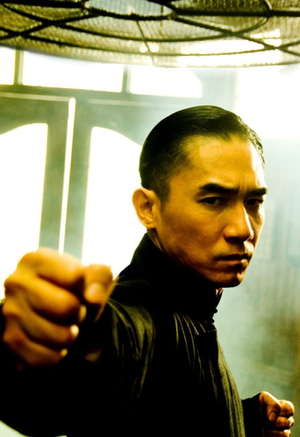 For the second time in a few weeks, a film with more than one director-approved cut is being released. Stranger things have happened, but right now, I can’t think of one.

Similarities: In both cases, the version with the shortest run time is the one making it to theaters; the filmmakers’ various editions are artistically valid; and aspects of Asian’s violent 20th century history are addressed. But while Joshua Oppenheimer’s “The Act of Killing” records Indonesian death squad participants giddily re-staging their atrocities, Wong Kar-wai’s “The Grandmaster” elegantly and elliptically restages a slice of Chinese history through the prism of the tumultuous life of Ip Man, master of the wing chung school of kung fu and mentor to Bruce Lee.

As I noted here, the longer version of Oppenheimer’s film is creepier, though the shorter version remains astounding and provocative. I haven’t seen Wong’s first cut made for the Chinese market (what I call version 1.0, at 130 minutes) nor the 123-minute version (2.0, made for opening night of this year’s Berlin film festival where Wong served as jury president). But even though version 3.0 is 22 minutes shorter than 1.0, it is absolutely Wong’s movie. 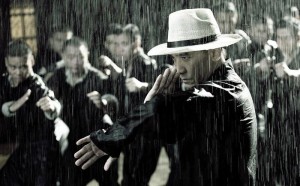 Some may wonder if the director was blowing smoke when insisting that he was happy to craft a shorter version with 3.0 designed to streamline various Chinese cultural complexities that would elude North American viewers.

The doubters are wrong. Version 3.0 stands on its own as a legitimate edition of “The Grandmaster,” and it’s easy to guess that Wong — able to trim and refine  — may even be happiest with 3.0. 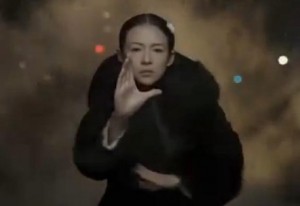 Comparing 3.0 with a reading of Shelly Kraicer’s brilliant analysis of 1.0 in Cinema Scope, it’s clear that Wong has chosen to re-balance the amount of screen time for his dazzling stars, Tony Leung Chiu-wai (as Ip Man, master of Chinese “southern” style kung fu) and Zhang Ziyi (as Gong Er, the vengeful daughter of the aging grandmaster of Chinese “northern style”).

This allowed the director to focus on the theme of unrequited love between the pair, magnificently captured in an early, dazzling combat sequence on a staircase, later in a post-war Hong Kong lair. Instead of seeming like such a stark leap into genre movie making from his signature, dreamily poetic epics like “2046” and “In the Mood for Love.” 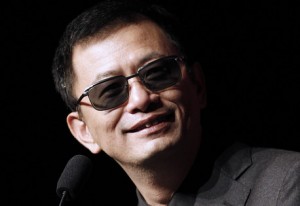 “Grandmaster” 3.0 flows beautifully out of Wong’s prior musings on doomed love without sacrificing his old fascination for elliptical storytelling and his new interest in turning the “chop socky” school into a luscious dance for the eyes and ears.

(See it, if possible, at the Arclight; your eyes and ears will be glad you did.)