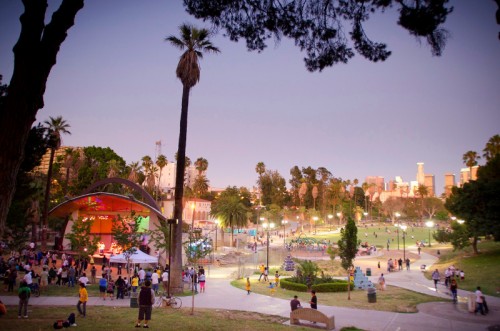 This just in from Liz Hirsch, the powerhouse behind the Levitt Pavilions, a national network of outdoor amphitheaters in urban park settings. The Pavilions’ marvelous ethnically diverse music offerings are all provided gratis for the pleasure of a picnicking (and often dancing) audience.

On Saturday, June 15 Levitt Pavilion Los Angeles at MacArthur Park will open its seventh season. In celebration of the 45th anniversary of his iconic song “MacArthur Park,” Jimmy Webb (“Up, Up and Away,” “By the Time I Get to Phoenix,” “Wichita Lineman,” “Galveston”) will perform live in MacArthur Park. The torch song topped the charts in June 1968.

The inspiration for “MacArthur Park” was the relationship and breakup between Webb and Susan Ronstadt, a cousin of singer Linda Ronstadt. The two occasionally met for lunch in the park and spent their most enjoyable times together. At that time (mid-1965), Ronstadt worked for a life insurance company whose offices were located just across the street. Webb and Ronstadt remained friends, even after her marriage to another man. 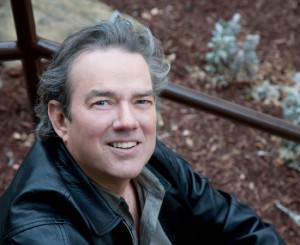 The breakup was also the primary influence for “By the Time I Get to Phoenix,” another Webb composition. After his relationship breakup Webb stayed at the residence of Buddy Greco on whose piano the piece was composed and originally dedicated. Buddy Greco has closed every show with this number for the past forty years.

The song begins as a poem about love, and then moves into a lover’s lament. When asked by interviewer Terry Gross what was going through his mind when he wrote the lyrics, Webb replied that the lyrics were meant to be symbolic and referred to the end of a love affair.

Thank you, Liz. This bodes to be a beautiful free concert in the heart of our city. It’s free as the summer evening, so go.