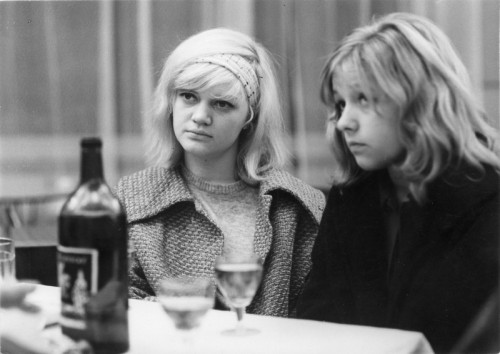 About a month ago, perusing the library’s dvd offerings, I plucked from the shelf Loves of a Blonde (1965), director Milos Foreman‘s precocious 1967 Academy Award-winning film.

A small romantic comedy, shot in black and white and only 90-minutes long, the film patiently unspools its minimalist plot, a droll dissection of life in a Czech country village. Thumbprints of French New Wave are all over this blonde, but she also ports an overlay of wicked satire aimed at Communism’s eastern-bloc vie quotidienne. This glimpse into a world gone by is what makes “Loves” such a precious item.

So I’m confident to recommend this film as part of a a two-part homage to Foreman, who, turning 80 years old, greatly merits appreciation. One Flew Over the Cuckoo’s Nest (1976) and Amadeus (1985) both garnered Academy Awards for best direction, I’m a fan of Hair (1979) as well. The Czech Consul General in Los Angeles is partnering with UCLA for “Four by Forman”‘s screenings of these early, Czech-language films: