Not ladies who lunch, but women who write 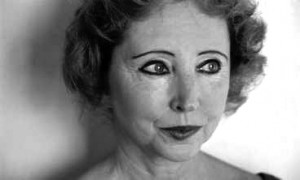 The first is a reading on Sunday at Alias Books East of a new ebook Anaïs Nin: The Last Days. The author, Barbara Kraft, knew both Anais Nin and Henry Miller in LA at the end of their lives, independently of one another.

Anaïs Nin, noted for her diaries and erotica, was at the height of her fame when she took on Barbara Kraft as a writing student. The two became intimate friends while Nin suffered from terminal cancer. Despite her failing health, Nin supported Kraft’s writing and life decisions, and Kraft became part of Nin’s support system during her last two years of life.

Kraft describes her initial meeting with Nin in February 1974, writing that Nin was poetry embodied and seemed to ‘glide’ over the rose-colored carpet of her Silver Lake home ‘like a swan skimming the surface of still waters.’ And in December of that year she begins what was to become a chronicle of Nin’s terrible two-year battle with cancer.

Kraft met Miller a few years after Nin died.  Shortly after the airing of an essay written to Miller on KCRW, she received a call from the author’s secretary (he was 86) inviting her to dinner. 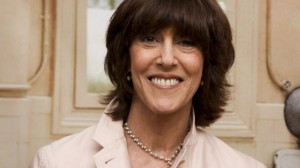 In celebration of writer and filmmaker Nora Ephron, who recently died, “Julie & Julia” (2009) will screen as the final installment of the Academy of Motion Picture Arts and Sciences’ Oscars Outdoors film series on September 7 at the Academy’s new open-air theater. Chef Evan Kleiman of KCRW’s “Good Food” will host a pre-screening discussion with some of Ephron’s friends and colleagues.

Ephron, who earned Oscar® nominations for “Silkwood,” “When Harry Met Sally…” and “Sleepless in Seattle,” was also a renowned cook and dinner party hostess. Her appreciation of fine food led to her adapting and then directing “Julie & Julia,” which chronicles the year in which author Julie Powell cooked her way through chef Julia Child’s first book, Mastering the Art of French Cooking. This year marks the centennial of Child’s birth. In her honor, the Oscars Outdoors food trucks for the evening will reflect Child’s French culinary aesthetic.