An actress & her dance coach 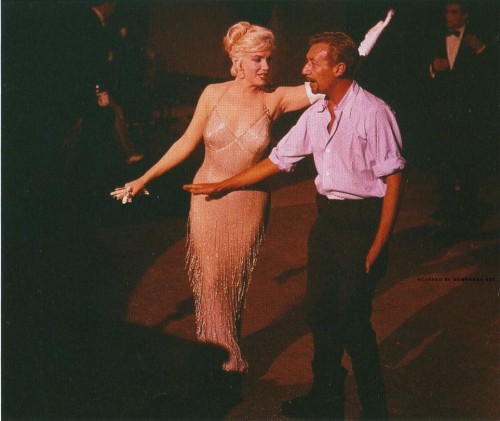 Two utterly amazing human beings, beautiful people, professional collaborators, and personal friends. He wielded enormous influence on her screen persona and on her career. This photo represents, for me, a most delirious encounter between dance and film worlds; nothing from Astaire or Kelly however great, speaks [to me] as powerfully. Here we have Jack Cole, who delved fearlessly into the fray of sex and gender role-play. Seizing on the most powerful symbol of female sexuality to ever appear on film, he guided her. Marilyn’s other mentorships are known: the Russian Natasha Lytess, the Strasberg method-acting clan had her in their clutches. But following “Diamonds Are A Girl’s Best Friend,” Marilyn trusted one coach like no other: the choreographer Jack Cole.

Thank you, curcumperficio.net, for the photo