The Barn’s ready for its close-up, Mr. DeMille! 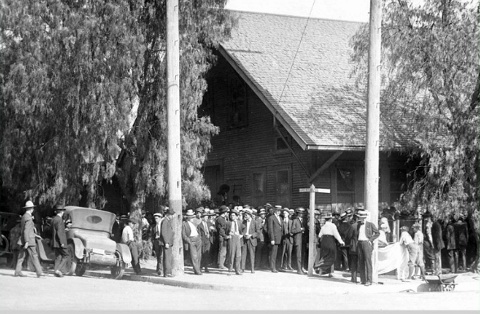 The events presented under the “Evenings @ the Barn” series are among my favorite in town — friendly, intimate and full of gossipy tidbits and info about Hollywood history.

Here’s an event that focuses on the hugely historic building where the events take place — the Hollywood Heritage Museum on Highland Avenue across from the Hollywood Bowl.

Built in 1901, the Lasky-DeMille Barn is one of Hollywood’s first film studios. In 1926, the barn was moved to the backlot of United Studios, where present day Paramount was later built. It went through several uses as a film set, research library, conference area and later the Paramount gymnasium. In October 1979, the barn was moved off the Paramount lot to a vacant site in Hollywood. It was then moved by the Hollywood Chamber of Commerce to the parking lot of The Hollywood Palace theater, where it was boarded up and fenced in until a permanent site could be found. The Lasky-DeMille Barn was acquired by Hollywood Heritage, Inc., in February 1983. In 1985 it was moved to its present site at the southern end of the parking lot of the Hollywood Bowl.  Based on historic paint sampling, the Museum has recently been repainted with funding from the National Trust for Historic Preservation Los Angeles County Preservation Fund and Paramount Pictures Corporation.