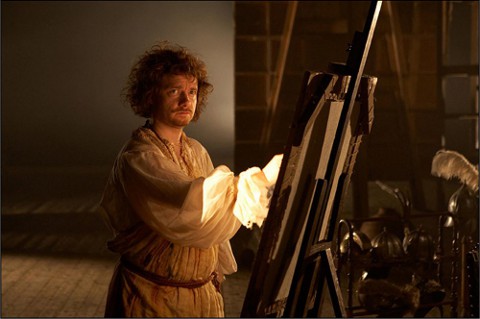 Los Angeles FilmForum hosts the Los Angeles premiere of a Peter Greenaway film, “Nightwatching,” from 2007, at the Egyptian Theater on June 17. It’s the sister film to Greenaway’s “J’Accuse”; one is fictional, the other a documentary interpretation of Rembrandt and the painting “The Night Watch.” 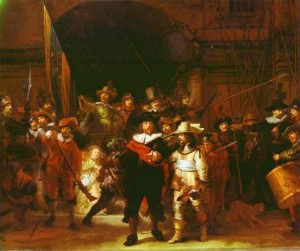 “Nightwatching,” Greenaway’s fictional foray into art-history detecting, was made a year before the more spare “J’Accuse.” Greenaway takes a fictional approach to the painter’s life, portraying Rembrandt’s relations with three women, his wife, his model, and his servant, during the creation of his masterpiece, “The Night Watch.” It focuses on the painter himself, played with gusto by Martin Freeman (The Office; Sherlock). Shifting between Rembrandt’s relations with the three women, and the complications that arise when he accepts a commission to paint a group portrait,

“Nightwatching” uses a series of elegant tableaux to dramatize two mysteries — that of Rembrandt’s life, of which little is known, and that of the iconography of his famous painting “The Night Watch.” Intertwining it all is a murder.

On Peter Greenaway: Born in Wales and educated in London, and now living in Amsterdam, Peter Greenaway trained as a painter for four years, and started making his own films in 1966. H 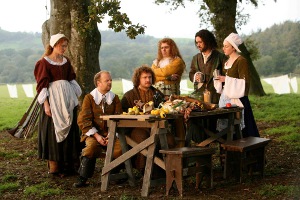 e has continued to make cinema in a great variety of ways, which has also informed his curatorial work and the making of exhibitions and installations in Europe from the Palazzo Fortuny in Venice and the Joan Miro Gallery in Barcelona to the Boymans van Beuningen Gallery in Rotterdam and the Louvre in Paris.