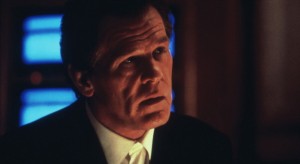 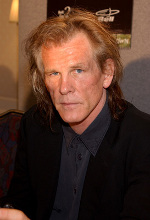 A really good flick in all elements: a credible cast of Euro-gangstas, Chris Menges‘ color-saturated cinematography (one seamless shot shows the Cote d’Azur by glistening night then it morphs to daylight), and a cool string of songs by Leonard Cohen, Serge Gainsburg, Cheb Khaled, Johnny Hallyday. No movie, in my humble opinion, suffers by the presence of Ralph Fiennes.

Nolte is fascinating, heart-rending, scary, bigger than all his scenes. You hang on his every word; he’s an epic mumbler. As a film actor, he almost transcends language. He kind of chugs out his lines. Yet he’s so oddly moving. I’d like to see him play King Lear … wonder if he has the stamina.