Jack Cole invites you to a ball 4

From MGM’s “The Merry Widow” (1952) Jack Cole’s beautifully calibrated waltz sequence pours forth. Minutes and minutes of on-screen dancing. Audiences apparently used to like this; I guess they don’t anymore.

Cole’s gigs at MGM were fewer then at Columbia or Fox (at MGM: Kismet twice: 1944, 1955, Les Girls 1957, Designing Woman 1957). The choreographer prevailed nonetheless in influencing this waltz sequence’s production design. The evidence is the pink light bathing the scene at 2:55. That’s pure Jack Cole — he visualized dance in colors. Cole would ramp up that pink 100 degrees on his next assignment.

Dance detectives will note that Cole marched, er, tour jeté-ed the waltzing girls across town, from Culver City to Pico Blvd, and created “Diamonds are a Girl’s Best Friend” at Fox in 1953. Smart dance maker, he built upon components  from “The Merry Widow,” contemporizing them and adding Marilyn Monroe’s combustible va-va voom.

Result: this time, it all clicked. He created a timeless masterpiece. 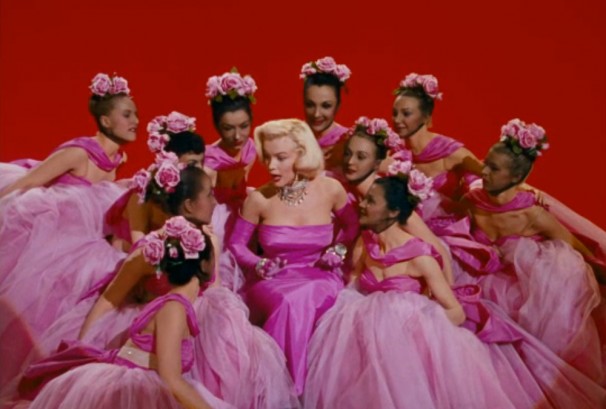 Thank you Larry Billman, for the MGM-ania.

4 thoughts on “Jack Cole invites you to a ball”