Gertrude Stein’s ROI on her Matisse 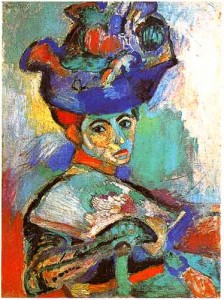 Matisse’s controversial use of green and blue blotches in the woman’s face and cheeks outraged le tout Paris. Leo Stein, brother to avant-garde writer Gertrude Stein, bought the widely ridiculed painting for around $200. A superb and historically important painting like Femme au Chapeau would fetch in the range of $50 million today. So let’s see how this painting would fare as an investment.