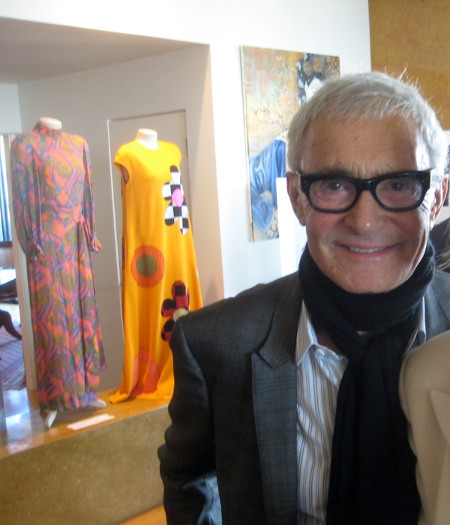 The movie is great, very poignant and beautifully shot. Startling black and white photography with film clips, creating a vivid portrait of Vidal Sassoon. Nothing too much about wild sixties and hippies. It is the story, well told, of a young Jewish orphan who made his way delicately, with determination, through World War II. At 14 he was riding a bike as a messenger boy in the blitz. Sassoon was a handsome young man who fought in Israel, and came home to revolutionize a chosen profession – precision hair cutting. Sassoon’s hair cutting talent merged with Mary Quant and the fashion editors of the swinging sixties. The short skirts and shiny sculpted hair made history, and the glossies went mad!

All the way through the film we see Sassoon exercising his beautiful body, he had to be fit to dance around the salon chair and use the scissors. In the salon he had fierce expectations of his staff – polished shoes and manners. As an older Vidal came on stage, at the Hammer Museum in LA on February 15th, he introduced his life in moving pictures in perfect diction. Learnt early on from a speech coach at The Old Vic. A cockney accent would not have fit with the beautiful Bond Street clientele. 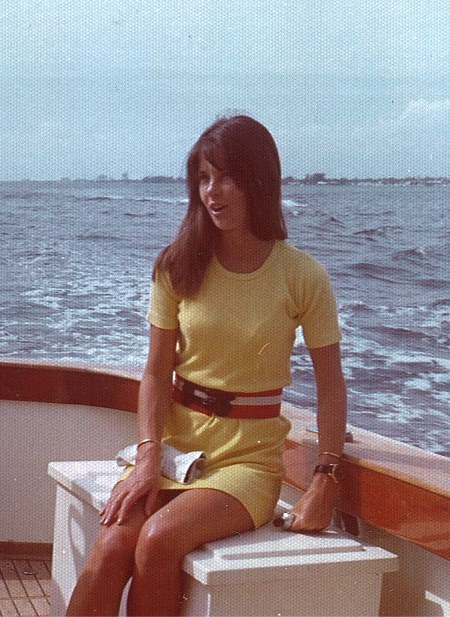 The film has great scenes of how England became the glamorous sixties fashion scene that it did. Breaking class barriers and giving every girl a good cut to be proud of. Keeping her off cold perms and smartening her up for London streets. Introducing another piece of the sixties puzzle.

Vidal is the ultimate polite English gentleman who, with his scissors, made women take a leap of faith. The team of Sassoon cutters all adored women and portraits of them show a sexy group of hair cutters working at the glass-fronted Vidal Sassoon Salons in London and New York.

The architecture of it all was extraordinary, and architecture is the profession Sassoon would have chosen if it had not been hair cutting. At the end of the remarkable film came a moving scene of the Sassoons, Ronni and Vidal, striding through London together. Walking through the gates of Buckingham Palace, on their way to meet the Queen, 67 years after he picked up the scissors.

Sassoon once stopped to talk to me at a party in his glorious Beverly Hills house. “Lovely hair,” he said, “Bring it up to the cheekbone darling!”