Virginia Johnson remembers her path to Dance Theatre of Harlem 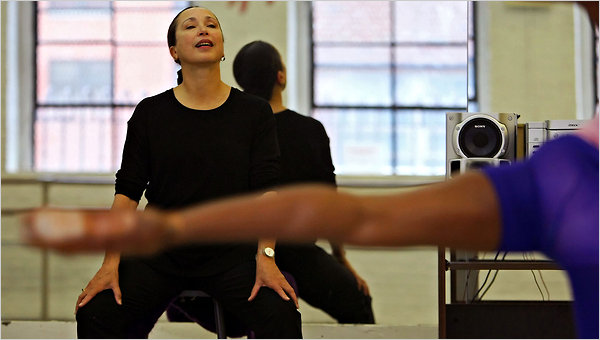 Dance Theater of Harlem Artistic Director Virginia Johnson, once the company’s tall prima ballerina — and she still has gorgeous gams — spoke today to a group of African-American dance students at the annual conference of the International Association of Blacks in Dance at the Biltmore Hotel in downtown Los Angeles.

The classy Manhattan-ite told her interlocutor, Woody Schofield (DTH’s former company manager), how, as a young ballet student in Washington D.C., at a certain point in time, authority

figures began to steer her away from ballet. They encouraged a young woman with years of classical training to go into modern dance, jazz, or Broadway. Otherwise, they warned, she would have no dance career.

And it wasn’t because she was too tall.

Johnson smartly entered New York University, and found her way to Arthur Mitchell’s Saturday morning ballet class at an infamous basement studio in Harlem. There she had an epiphany.

“I was in a room with ten to twelve people, all of whom had been told, ‘You cannot do this.’

“It was amazing energy in that room.

“But Mr. Mitchell was saying, this is an art that is vibrant and not just for elites.

“He held us to the highest possible standard.

“There was a tremendous amount of glamor [surrounding Dance Theater of Harlem then]. Everyone wanted us. But it was a grueling profession as well,” she said, recalling a particularly arduous Australia tour, where budget hotels offered no bathtub. A bunch of ballerinas with aching muscles chipped in for a luxury room, she recalled with a smile, just to take turns soaking in a hot tub.