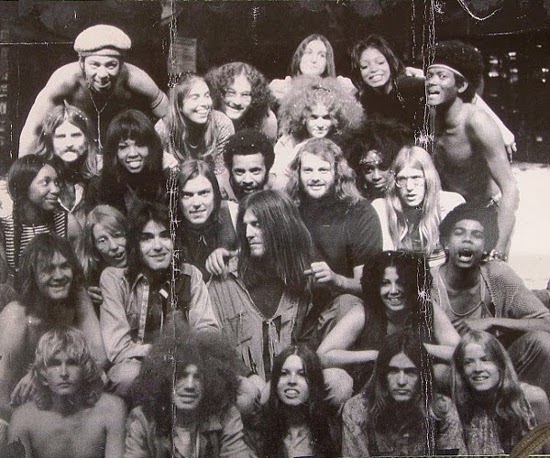 HAIR has roots in Hollywood, and we don’t mean hair roots. We mean theatrical roots.

I saw it in NYC. When it was first here I practically camped out at the Aquarius Theatre on Sunset. I must have seen it 10 times. Love the score.

In 1979, United Artists released a screen adaptation of the story that featured John Savage, Treat Williams and Beverly D’Angelo. Director was Miloš Forman, who had won an Academy Award for his direction of “One Flew Over The Cuckoo’s Nest.”

Choreography in the film was by Twyla Tharp. Karole Armitage choreographed the current production.

arts·meme sincerely thanks david for the marvelous vintage photo.