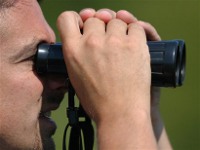 BLACK SWAN aced its opening weekend, albeit one of the slowest box-office weekends of the year; The New York Times on December 6 reported that in the art-house category, playing at only 18 theaters, it grossed $1.4 million, a record for Fox Searchlight, which released it. The movie will also probably win some Oscar nominations. But a place in the hearts of lovers of dance film? Not a chance.

Darren Aronofsky’s “psychosexual thriller” is a hallucinatory horror, a paranoid fantasy pitting women against each other and against themselves. 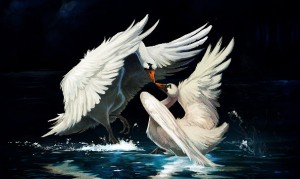 It shows us almost no ballet; the camera is usually jammed up against Natalie Portman’s lovely face or watching pinfeathers poke out of her shoulder blade. My favorite scene is not a dance shot at all, but the moment when Portman’s character, playing Odile on opening night of a new production of “Swan Lake,” actually sprouts huge black wings.  You can do things in the movies that just don’t work onstage. Among those things is setting the work at Lincoln Center but actually shooting it at Purchase and in Philadelphia’s Academy of Music; piercing a woman’s abdominal cavity with a shard of glass and having her nevertheless finish a ballet; and foregrounding violence at every possible opportunity, including the pounding of pointe shoes to soften them up. 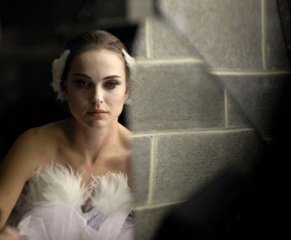 BLACK SWAN rarely risks natural light; it’s shot in subways, subterranean corridors, restrooms, dressing rooms, bedrooms, closets—enclosed spaces that don’t lend themselves to dancing.  From the start Nina, the character Portman dances with the help of body doubles, is more vampire than swan; she gets her leading role by biting the lip of the sexually arrogant director (French actor Vincent Cassel). We see full-length shots of him seducing her or lounging in the rehearsal studio, but only rarely do the camerapersons vouchsafe us a full view of a dancing body.

Actions have consequences. In BLACK SWAN, many of the pivotal scenes turn out to have perhaps been hallucinated by a paranoid woman falling apart; there’s no way to tell what is really going on, so it’s very hard to have a consequential response. Does Nina really murder Mila Kunis, her rival and sometime lover? Were they ever really lovers? Aronofsky chooses sensationalism over authenticity at every turn.

In Michael Powell and Emeric Pressburger’s 1948 THE RED SHOES, on the other hand, great care is taken to show us the visceral experience of a dancer’s life, the mechanics of collaboration, and ultimately, the products of everyone’s labors. While the movie, one of the earliest excursions into Technicolor, is melodramatic, it’s brilliantly handled, a visual feast of dancing, fashion, and summer in Monte Carlo that lets us experience the actual lives of people who work in the arts, both onstage and in the glamorous world of the French Riviera. The subject is dancing, not abnormal psychology.

The story, derived from Hans Christian Andersen’s “The Red Shoes,” manages to be both magical and down-to-earth. We believe Victoria Page’s struggle to reconcile her love for composer Julian Crater and her bond with Boris Lermontov, the Diaghilev figure who pulls the strings at this fictional troupe patterned on the Ballets Russes. 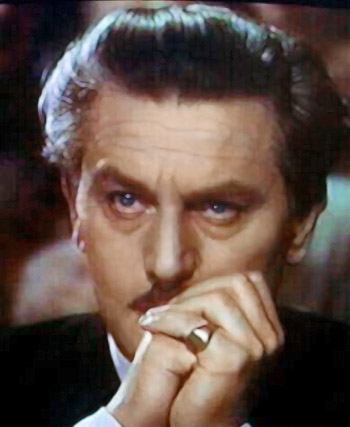 THE RED SHOES positions the audience as central to the creative undertaking; we viewers have a place, and an investment, in the proceedings.

Moira Shearer, the real Sadler’s Wells dancer making her film debut, pays enormous attention to everything happening around her, in contrast to Portman who focuses on her own dissolving center. Both films show us “spotting” from inside the dancer’s head, and both exploit the image of a cracked mirror.  Each features a Svengali trying to control the life of a young woman. But the difference between the sexually remote Lermontov (brilliantly acted by Anton Walbrook) and Cassel’s sleazy Thomas Leroy is the difference between art and pornography, between a carefully developed character and a device.

Just before BLACK SWAN opened in New York, Cornwall’s Kneehigh Theater brought its production of “The Red Shoes”, adapted from Andersen’s tale and directed by Emma Rice, to St. Ann’s Warehouse in Brooklyn. The only film in evidence here was confined to a small circular screen above the double-decker stage, on which Mark Jenkin’s scenes changed to indicate long journeys taken by the characters. The performers—all male except for Polish Patrycja Kujawska, who sacrifices her feet to the compulsion of the shoes—were uniformly fine; they mingled with the audience before the show and sat in the house until called forth to perform.

You could mount a thousand of Rice’s projects for the cost of one feature film. The simplicity and ingenuity of Bill Mitchell’s designs captured the vindictive nature of the church and the price paid for wearing red shoes inside one. Clogs instead of ballet slippers, these shoes superseded a coating of red paint applied after the girl was orphaned. Rice sets up a conflict between “the need for freedom and the need for peace.” In her show, at least, the dancing girl is still alive at the end.

Elizabeth Zimmer writes about the arts for print and digital outlets worldwide. She edited the text of Envisioning Dance for Film and Video, a 2002 publication from Routledge. This review was originally written for the Dance Film Association’s “Dance on Camera Journal,” Nov/Dec 2010 issue. It is also published on the association’s website.