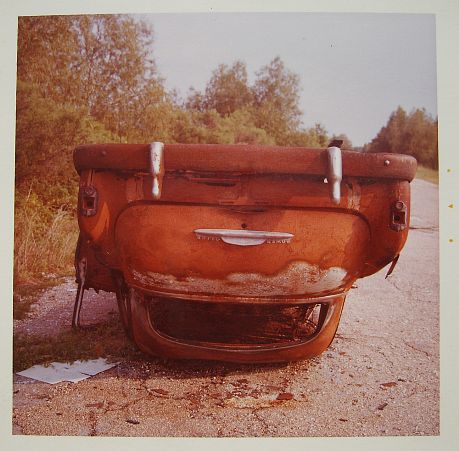 Artist Ed Ruscha called him “a blessed rascal.” He influenced filmmakers David Lynch, Jim Jarmusch, and Sofia Coppola. But more than that, he totally changed the medium of photography, according to William Eggleston expert Carole Thompson in a gallery talk  at Edward Cella Art + Architecture, right across Wilshire Boulevard from LACMA.

Cella, relatively new to L.A. after many years overseeing a Santa Barbara gallery, has a strong show on the eccentric Mississippi-raised Eggleston, now 71. It’s running in tandem with LACMA’s “William Eggleston: Democratic Camera.”

Born in 1939 the scion of a wealthy Mississippi planter family, Eggleston was part of a group of photographers that included Diane Arbus, Gary Winograd, and Lee Friedlander, whose careers soared under the aegis of legendary Museum of Modern Art photography curator John Szarkowski.

Of the group, Eggleston was the color specialist. His use of a color dye transfer process forged the field of color photography that had been relegated to advertising or family snapshots. No one shot color. The big guys, Edward Weston and Ansel Adams, were black and white men. One of Eggleston’s wee eccentricities was that, a camera freak, he was never certain what film he had loaded in a given camera when he shot. So he worked in black and white as well.

Eggleston also pioneered in his content. Shooting bleak suburban landscapes, according to Thompson, “things he didn’t like,” Eggleston developed a new way of looking: a reconsideration of the abandoned, a focus on found objects in disrepair, beauty in the mundane.