Back to LA after whirlwind classical music tour of NYC 2 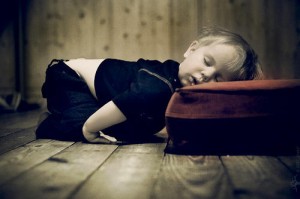 Your humble correspondent is chained once again to her desk in Los Feliz, California, following a 10-day tour of paradise — otherwise known as New York City in scintillating October weather, with the art season in full blast.

As a lucky recipient of a fellowship to the NEA’s Classical Music & Opera Institute, I joined a gung-ho group of 22 fellow arts writers and editors pounding the pavement between Columbia University, where we studied, pondered, and pontificated, and Lincoln Center, where we hit all three Big Houses, enjoying the New York Philharmonic, New York City Ballet, and Metropolitan Opera.

An experience none of us will soon forget was ingesting Mussorgsky’s four-hour-long “Boris Godunov” at the Met, then reviewing the Russian-language behemoth overnight while residing in a hotel with no wireless-internet connection. Think: it’s 1930 and you are Dorothy Parker. Skedaddle home and start typing.

Other highlights: a tour of Carnegie Hall followed by sublime performance of Mahler’s Sixth Symphony by the Mariinski Theater Orchestra led by Valery Gergiev; a private chat and a Charles Ives recital from brilliant pianist Jeremy Denk ; a backstage tour followed by a meeting with Metropolitan Opera majordomo, Peter Gelb.

More scribblings on my recent time in New York to come.  Meanwhile: What have you got on offer, Los Angeles!!~~??