Second star to the right … 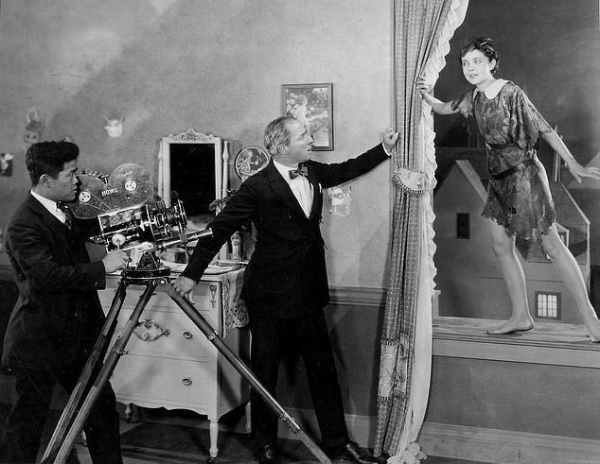 Second star to the right … and straight on till morning.

With that lovely language, Peter Pan ‘google-maps’ his Neverland address, informing his new buddy Wendy where he and the tribe of Lost Boys reside. 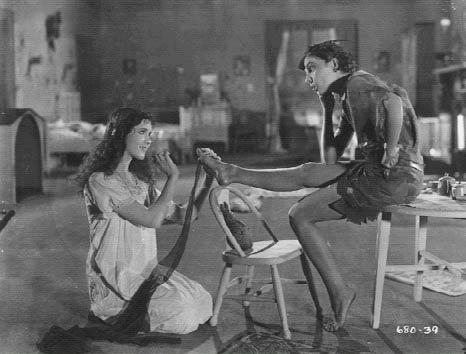 The most wondrous sequence, for me, comes when Peter first pops in the children’s open window. He hopes to reclaim his shadow, which Mrs. Darling has wrested from him and folded neatly into a dresser drawer.

[As a kid, raised on the Mary Martin telecast, this idea had me in total shock.]

Retrieving it, he cries: “My shadow won’t stick on!”

Wishing to help, Wendy, in nurturing-mother mode, carefully threads a needle. She then grasps the squirming urchin by his extended foot, and sews on the black body suit, attaching it at the toe. Back in one piece, Peter springs to his feet and erupts into a devilish dance, his shadow leaping in complicity on the bedroom floor beneath him.

The heart-in-throat beauty of this moment, and overhead lighting that casts Peter’s angular shadow are the work of cinematographer James Wong Howe, pictured above.

The fun evening included an oh-wow demonstration of a private collection of vintage movie curtains.