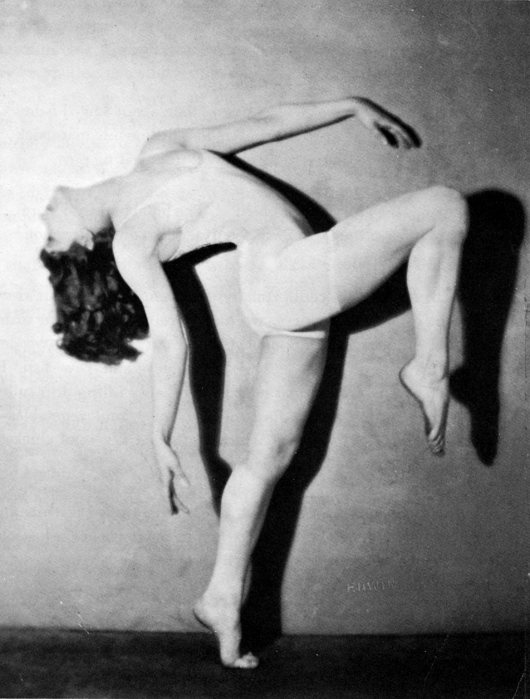 “Although I don’t believe you had the privilege of meeting her, I wanted to pass along the poignant news that the youngest and last of the Denishawn dancers, Jane Sherman (1908-2010), passed away last night at the age of 101.”

The relationship between Jacobs Pillow and the pioneering modern dance troupe founded by Ruth St. Denis and Ted Shawn runs deep. Originally a farm in the Berkshire mountains, Shawn bought the property as a summer retreat and then turned it into a home for his all-male company. Later it became host to Jacob’s Pillow Dance Festival, a treasured summer getaway for Manhattan’s city-weary modern dancers.

Mr. Owen continues: “Jane was a great friend to the Pillow, spending periods of time here in the early 1980s when she recreated Denishawn dances and helped us identify many of the vintage costumes in our collection. And she was a treasured friend of mine, exchanging countless letters over the years that were full of keen insights and feisty humor.”

Denishawn got its start in Los Angeles in 1915 when its dancers expressed themselves artily on Santa Monica beach and paid their rent by carrying spears in early silent movies.

In 1916, Denishawn’ers appeared in D.W. Griffith’s Intolerance. In that same year Universal released Anna Pavlova’s feature movie, “The Dumb Girl of Portici.” Further down the Cahuenga Pass, our friend Theodore Kosloff hit the ground running in a string of 25 Cecil B. DeMille silent movies. That’s a lot of dance action in early Hollywood! 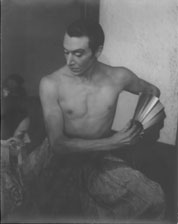 Mr. Owen valiantly reminds me that our friend, choreographer Jack Cole, who went on to be a hard-core nightclub, Broadway and film choreographer, started his career as a Denishawn dancer. (Perhaps only dancers can appreciate the astonishing range.) Cole was one of the first four men who accompanied Ted Shawn to the Pillow in 1931. Cole participated in the first performances there, then returned to teach in 1971, the last summer Shawn was alive. Cole died only three years later in 1974.