Prominently marked in my calendar for February 16 is a book talk at the L.A. Central Library’s ALOUD series by my friend Dorothy Lamb Crawford.

Dorothy, a musicologist whom I met at the Ballets Russes centenial celebration in Boston last year, writes about the brilliant gathering of composers, conductors, and other musicians who fled Nazi Germany to relocate to L.A. 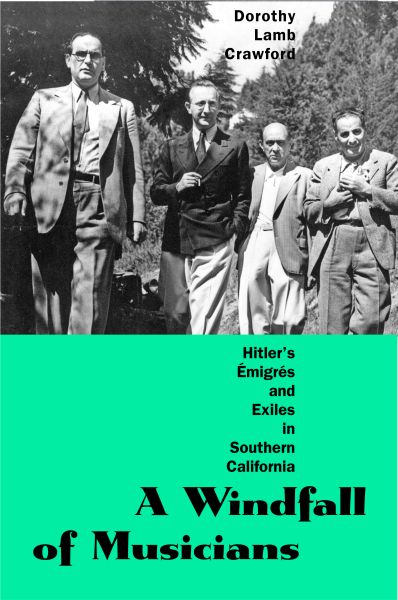 She examines the lives, creative work, and influence of sixteen performers, fourteen composers, and one opera stage director, who joined this immense migration beginning in the 1930s.

I recently wrote about one composer in this group, Eric Zeisl. The occasion was his major work “Jacob and Rachel” getting new choreography from Los Angeles dance troupe BodyTraffic.

The short version of Zeisl’s story is here. You can read the full story in the Los Angeles Times.

In her book Crawford presents portraits of Igor Stravinsky, Arnold Schoenberg, and the other musicians while considering their influence as a group—in the film industry, in music institutions in and around Los Angeles, and as teachers who trained the next generation. The book reveals a uniquely vibrant era when Southern California became a hub of unprecedented musical talent.

At the talk in Pacific Palisades Crawford will be joined by Barbara Zeisl Schoenberg, the daughter of Eric Zeisl and and daughter-in-law of Arnold Schoenberg.

One comment on “Hitler’s emigres & exiles in Southern California”