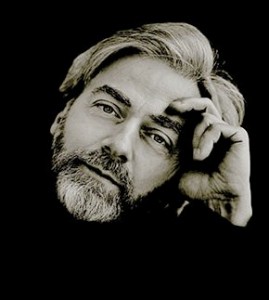 Amidst the brouhaha over Polish pianist Krystian Zimerman’s anti-U.S. protest during a recital at Disney Hall, arts•meme was struck by this information nugget in Mark Swed’s L.A. Times story:

Zimerman is a magnificent obsessive.  He travels with his own Steinway, is his own piano technician, and even his own truck driver.  He typically spends half a year devising a concert program and will do anything to achieve the sound he desires.  Three years ago at the Irvine Barclay Theatre, he substituted Gershwin for Chopin because the Transportation Security Administration had held up his piano at the airport and he didn’t have time to practice to adjust it properly.  An earlier piano was destroyed by Homeland Security at JFK airport because officials were suspicious that its glue could be an explosive in disguise.

Zimerman’s perfectionism about his piano brings to mind Thelonious Monk. One of our greatest and most innovative jazz artists, Monk famously developed his chops by practicing on the untuned, or broken, pianos of bars, whorehouses, and other dives. In fact, Monk’s sound — replete with sound gaps, disjunction, and dissonance — stems from playing those compromised instruments and specifically from their missing piano keys. He made art from imperfection. What a creative genius.

We always picture Monk twanging on a piano like the upright pictured in this album cover. Try that, Krystian Zimerman! 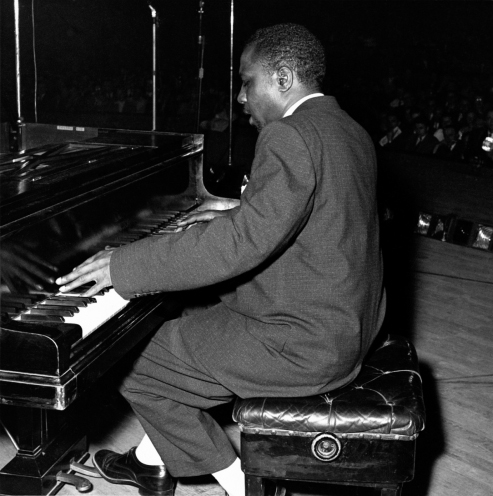 Salle Pleyel concert in Paris in 1954.

Click here for John Coltrane and Monk playing “Ruby My Dear,” one of my favorite Thelonious Monk compositions.

Another great pianist who endured the hardship of difficult performance conditions was Sviatoslov Richter.

Touring the impoverished schools and churches of the Russian hinterland during the Stalin era, Richter managed to pull ecstatic, transcendental music from the most miserable of pianos.

In a classic man-bites-dog story, here is Sviatoslov Richter assaulting a keyboard.