Jerome Robbins in your living room 3

The buzz on the PBS American Masters documentary about our brilliant American choreographer Jerome Robbins is very positive. I’m looking forward to it so much. Air time: Wednesday evening, February 18 @ 9 pm. 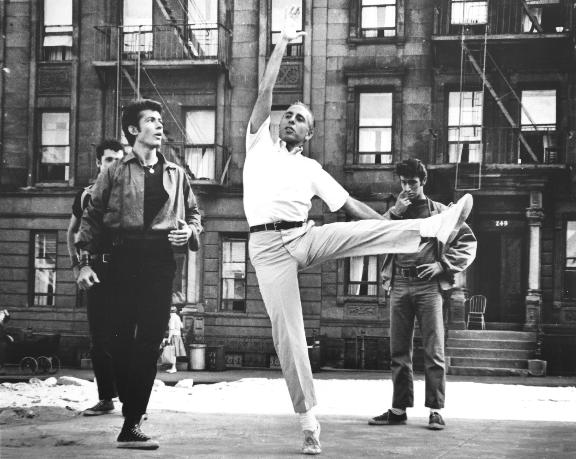 Apropos Robbins, while in Paris in 2002, I encountered, totally by accident, a dance-film festival taking place in the downstairs screening room of the Centre Pompidou. 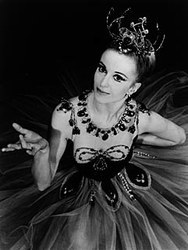 There I watched a documentary called Violette et Mister B. The film shows the great French-born ballerina of New York City Ballet, Violette Verdy (costumed deliciously, at right), coaching dancers from Paris Opera Ballet in works by Balanchine and Robbins.

During the screening I wept with joy at my good fortune to see this marvelous film in Paris!

In a clip from the movie, you get to see Violette coach Isabelle Guerin in Robbins’s classical ballet masterpiece, Dances at a Gathering, set to piano music of Chopin.

[If you want to see what an exquisite French ballerina looks like up close, enjoy Isabelle Guerin!]

[What about when Violette says, “patinage artistique“?! ]

I saw the effervescent Violette Verdy dance many, many times with NYCB. She was a very great trouper and her performances never disappointed. The opposite: she was a stellar dancer, a huge, radiant star. Violette was in original cast of Dances  (1969), as was Edward Villella. His company, Miami City Ballet, performs the work very well and he discussed the work when I interviewed him in 2006.

3 thoughts on “Jerome Robbins in your living room”