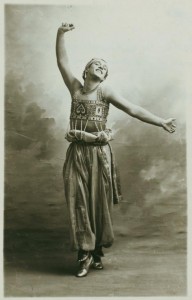 Santonio’s outstanding litheness is unsurprising in view of my recent discovery that brilliant Ballets Russes dancer-choreographer, Vaslav Nijinsky, performed in my home town in February 1916.

Hard to believe, but here’s the program.

Just further evidence, on Super Bowl Sunday, that in Pittsburgh we love the arts as much as football … and it’s always been that way.  I grew up there as a dance lover — by the time I was 16, I had seen New York City Ballet, Rudolf Nureyev, and Merce Cunningham dance — all in Pittsburgh.

The Nijinsky thing matters because on May 19, 2009 we have the upcoming 100-year anniversary of Ballets Russes historic first performance (er … in Paris, not Pittsburgh).

If you don’t really understand what Nijinsky was all about, I recommend perusing the Nijinsky photos posted on the New York Public Library website. What a great dancer! 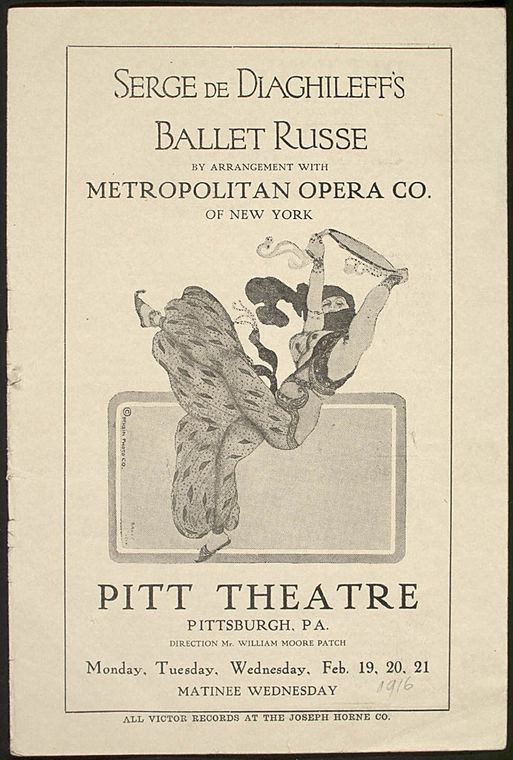 No one in Pittsburgh that I know can remember this theater — the “Pitt.”  It was in Wilkinsburg. My cousin Douglas Levine sent me text from Lynne Conner’s Pittsburgh In Stages (University of Pgh. Press, 2007): “Pittsburgh’s indigenous art theater began in a flurry of activity in the early teens. In January 1913 a flood damaged the Kenyon Opera House at 711 Penn Avenue, an elegant playhouse that had been opened only a year earlier by Thomas Kenyon, owner of a successful North side vaudeville house, the Kenyon Theater.”

(The current business at this address dates from 1924 and is still called Kenyon.)

“After the flood waters receded, Kenyon shut his opera house down. William Moore Patch, a local actor-manager, took over, giving the space a new name and a new purpose. The Pitt Theatre Company of Pittsburgh opened in 1913 as a “High-Class Repertoire Organization” with “The Most Expensive and Evenly Balanced Stock Company in America.” By May 1914 the Pitt was showing “photo-dramas” and soon after Patch gave up his lease.”

Ballet Russes was presented in 1916, so clearly someone stepped in produce this show.

But today’s show belongs to the Steelers!

7 thoughts on “Nijinsky danced in Pittsburgh”