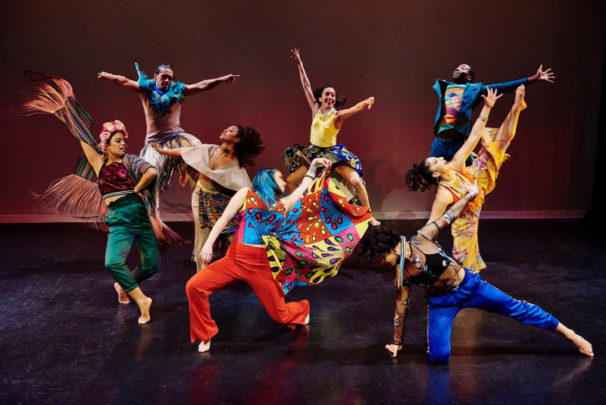 ed. note: this story was originally published on artsmeme Oct 21, 2018

Contra-Tiempo’s new work joyUS justUS is exuberant, activist dance-theater. Say the title out loud and you hear “joyous justice.” Dig deeper, and you discover it takes a stand on topics that are on the boil in America today: immigration, resistance, the power of women, and what it means to be Latino. It’s by and about people of color who know immense hardship and injustice — but keep their humanity and joy intact. 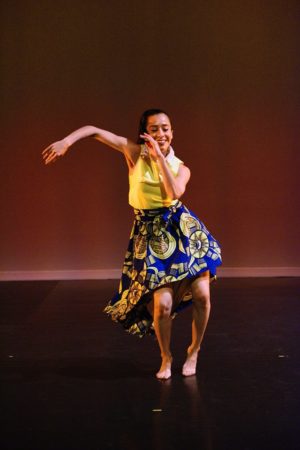 It’s not easy being a person of color in the Trump era. Reports of racial injustice abound. In Los Angeles we hear it almost daily, since Latinos comprise almost 50% of the city’s population. It’s no surprise, then, that Contra-Tiempo’s founder and Artistic Director, Ana Maria Alvarez, describes this evening-long work as not “a neutral piece of art, but a call to action.”

It sounds counter-intuitive, but intertwined with the work’s political themes is a celebration of the four elements, Earth, Water, Fire and Air, inviting us to get grounded in nature. joyUS justUS also features a radical approach to the creative process and a movement vocabulary that mixes salsa, Afro-Cuban, street and contemporary dance.

Alvaraz, who holds an MFA degree from UCLA, developed joyUS justUS as 2018 USC Kaufman New Movement Residency Artist, where it had its world premiere at the campus’s Bovard Auditorium. Last November, it was performed at the Carpenter Performing Arts Center. In January, it’s on view, for two nights, at The Wallis (Jan 17/18). 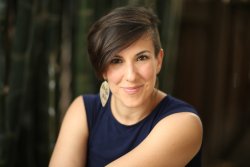 Alvarez, a Cuban American, was born to be political. Both her parents were union organizers in the South, where she grew up, and her UCLA master’s thesis explored salsa as a language of resistance within the US immigration battle. She founded Contra-Tiempo in 2005 and the company’s first performances were in towns along the U.S.-Mexico border. Alvarez wants the company to be a catalyst of change and to promote ideas of community, love, compassion and joy. Especially joy. How many dance companies have “Radical Joy Advisors”? Contra-Tiempo has two of them: Shamell Bell and Carlos Leon.

Many choreographers invite dancers to collaborate, but few give them credit. joyUS justUS lists seven artists, along with Alvarez, as choreographers. All were asked to generate material: Some developed movement phrases; some music; others created poetry, song and text. Many of the sections were workshopped in Choreographic Labs in South LA, and were fine-tuned by community feedback. In Alvarez’s words, joyUS justUS is “a profound experiment in building community and collaboration.” 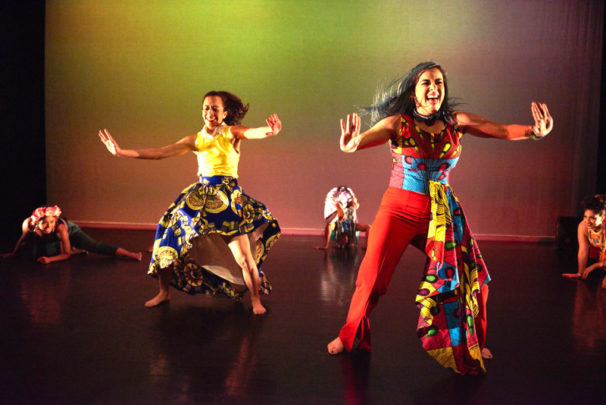 The score intertwines the political and the personal: sounds of protests in LA, Mexico and Brazil; audio of Alvarez’s sons crying and laughing; candid conversations about the performers’ lives and families. Original music is by d. Sabela grimes, Samad Raheem Guerra, Kahlil Cummings and Las Cafeteras, the East Los Angeles band known for its Afro-Mexican sound and commitment to change.

Contratiempo, as a single word, means “setback.” Contra tiempo as two words means “against time.” Alvarez has chosen to hyphenate the words in the company’s name, perhaps as commentary on both meanings. No one can deny that Latinos and Latinas face multiple setbacks and are racing against time to gain equality and respect in America. “Life is messy. Living our values is messy,” writes Alvarez. “Are you willing to rise?”

joyUS justUS will go on tour for the next two years and Alvarez hopes it will evolve with “more voices, ideas, and rising spirit into the collective US.” Southern California is a great place to start.