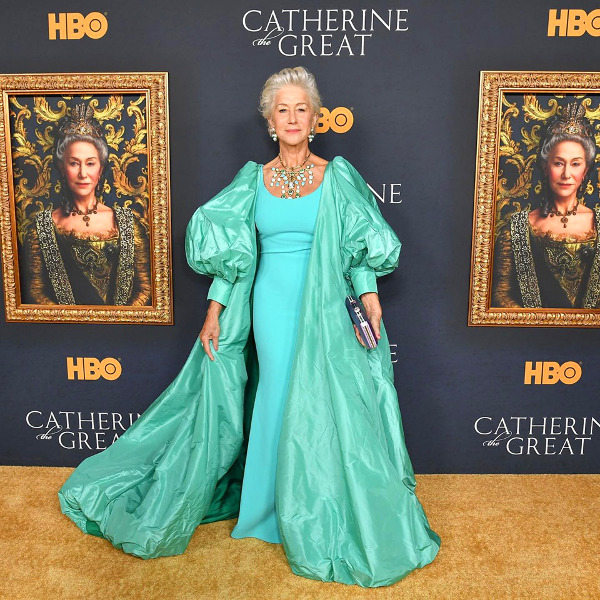 The face that launched a thousand ships. Good old Helen! Wait, wait … that was Helen of Troy. Our Helen, Dame Helen Mirren, equally regal as squired by her husband, the director Taylor Hackford, looked simply spectacular in an ensemble custom-designed by Badgely Mischka for a launch party for her new miniseries, “Catherine the Great.” Mirren, whose father was Russian, executive-produced the series. It premiers tonight on HBO.

As Elizabeth, she was firm and stiff-upper-lippy. ‘Firm,’ in this Oscar-winning actress’s capable hands, can morph to fierce; and an upper lip curls into a snarl. Mirren, playing a lustful lady empress, journeys through perfidy, back-stabbing, hypocrisy, revenge, greed, power-hunger — you know, the kind of stuff Donald Trump belches before breakfast.

And it’s all about Donald’s good pals the Russians. Catherine the Great was the tumultuous monarch who ruled the Russian empire and transformed its place in the world in the 18th century. The first episode of the four-part historical drama tracks Catherine’s reign, her dysfunctional family, and her affair with Russian military leader Grigory Potemkin that helped shape the future of Russian politics. Russian politics had a pretty nasty next century, so it’s an interesting jumping-off point.