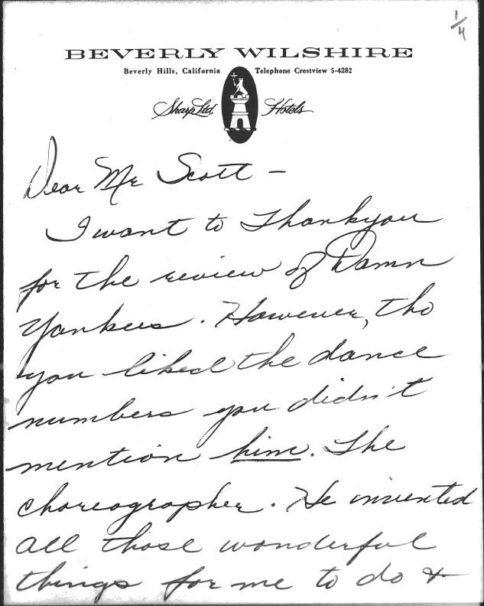 Gwen Verdon, a woman with values, in a handwritten note from September 1958, mildly protests to Los Angeles Times film critic John L. Scott about a crazy oversight in his review of the film Damn Yankees.

Scott was sufficiently impressed by Verdon’s message that he saved the letter — it now resides in Scott’s collected papers at the USC Cinematic Arts Library.