So fake — and so fantastic. Marilyn’s porthole scene in ‘Gentlemen Prefer Blondes’ 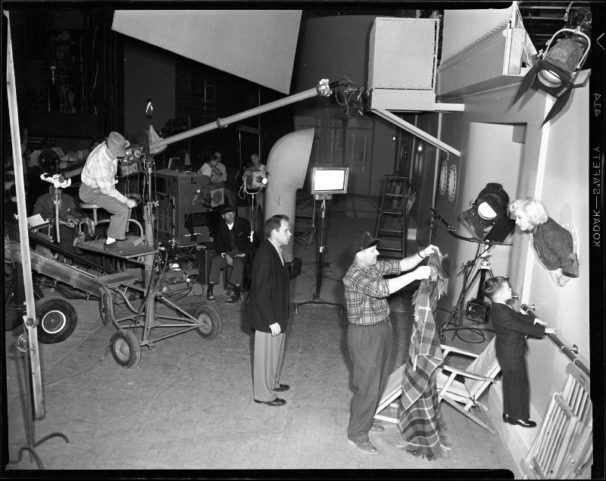 I don’t make movies. I don’t know how they make them. I just go see ’em. A recent big-screen viewing, hosted by Laemmle Anniversary Classics, of the delicious Technicolor comedy, Gentlemen Prefer Blondes, had us laughing, as ever, at the great comic scene between Marilyn Monroe, George ‘Foghorn’ Winslow, and Charles Coburn.

In the scene, La Monroe gets herself rather indelicately stuck in a too-small porthole.

The reality of how this got filmed on the Western Avenue (at Sunset Boulevard, now demolished) lot of Twentieth Century-Fox shows up in the above photo. That’s director Howard Hawks seated behind the camera boom with his nose in a script. Not very glamorous, right? But look at the results.