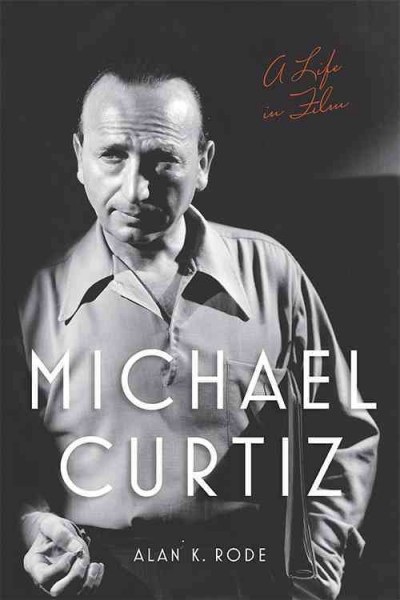 In the first biography of this colorful, instinctual artist, Alan K. Rode begins by exploring the director’s early life and career in his native Hungary, revealing how Curtiz shaped the earliest days of silent cinema in Europe as he acted in, produced, and directed scores of films before immigrating to the United States in 1926.

In Hollywood, Curtiz earned a reputation for his explosive tantrums, his difficulty communicating in English, and his disregard for the well-being of others. However, few directors elicited more memorable portrayals from their casts, and ten different actors delivered Oscar-nominated performances under his direction. In addition to his study of the director’s remarkable legacy, Rode investigates Curtiz’s dramatic personal life, discussing his enduring creative partnership with his wife, screenwriter Bess Meredyth, as well as his numerous affairs and children born of his extramarital relationships.

Writer and film scholar Alan K. Rode will sign “Michael Curtiz: A Life in Film” in the lobby of the Egyptian Theatre prior to a Curtiz double-bill hosted by the American Cinematheque.